Get a Quote
Already a customer?
Shop Expanded Metal on Kloeckner Direct 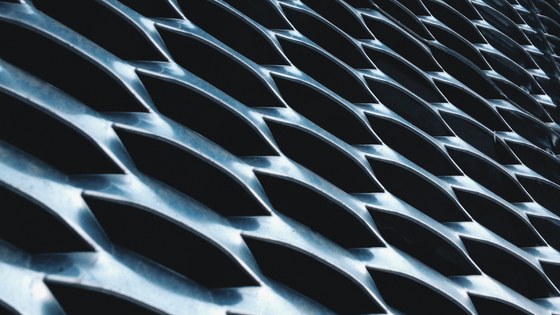 Kloeckner is one of only a few distributors of floor plate, otherwise known as diamond or tread plate. In addition to extensive inventories, Kloeckner also offers value-added services such as cutting and just-in-time delivery.

Standard expanded metal is formed from a single sheet of pressed metal that has been die-cut. It features sharp angles and maintains maximum flexibility. To create expanded metal grating, manufacturers run a sheet of metal through rollers with sharp, saw-like blades. These blades expand and flatten it.

Expanded metal grating is sometimes referred to as open wire mesh because it has openings between each piece of wire. 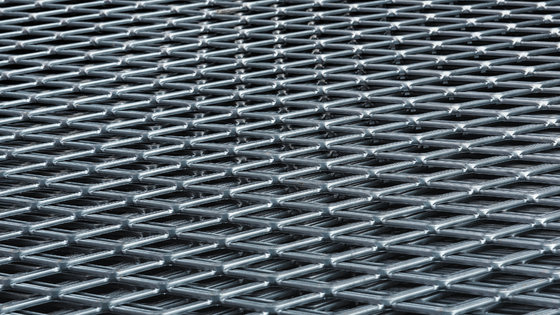 Expanded metal grating is one of the strongest, most versatile, and most widely used all-purpose materials available today. From industrial, agricultural, and commercial applications to traditional consumer uses such as shower doors and pet barriers, expanded metal grating can be found just about everywhere you look.

All expanded metal retains its open design when it’s flattened. It can be used for decorative purposes or to keep debris out of openings too small for it to pass through. Expanded metal usually comes with a protective coating that keeps it from rusting.

One disadvantage of expanded metal, however, is that it may feature several sharp edges that need to be sanded down to prevent injuries.

Expanded metal is used for many commercial and industrial applications, including ventilation, noise reduction, security, and fire prevention. Consider each of these applications in turn:

Manufacturers create expanded metal with a special machine that turns sheet metal into mesh. The machine simultaneously stretches and cuts the metal to form the uniform holes that give the mesh its unique characteristic. Once fashioned, the metal can be cut into sheets or wound into coils.

Some companies choose not to weld their expanded metal after machining because they want its surface roughness to retain its original open texture. Other companies, though, do weld their mesh metal because they need the extra strength. Still others use combinations of welding and cutting techniques.

When dealing with expanded metal, there are two methods of heat treating: controlled thermal expansion and flame-cutting.

Controlled thermal expansion involves heating the metal until it is soft, then controlling its cooling rate via water spray or forced air.

Flame-cutting expands metal by applying a blowtorch directly to it. Expanded metals that have been subjected to either of these heat treatments are referred to as corrugated expanded metals.

What is the difference between standard and flattened expanded metal?

Flattened expanded metal is measured by Strand Width (SWDT), Strand Thickness (STK), Longway Aperture (LWA), and Shortway Aperture (SWA). This type of grating has a flatter surface than standard expanded metal, which allows it to be more rigid while also maintaining the same strength.

Due to its relatively narrow width, flattened expanded metal is often used as racking or shelving in retail stores and warehouses due to its ability to support a heavy load over a small surface area.

What is the benefit to expanded metal grating?

One of the many benefits of expanded metal is its ability to be easily installed into place. Simply fasten it with screws or nails in your desired location and it will hold firm—it’s that simple! As long as you don’t try to bend or twist it out of shape while installing, there’s no need for clamps or special tools during installation.

What are typical expanded metal sizes?

ANSWER:
Standard expanded metal sizes refer to the size of the holes in the mesh, the number of holes, the width of the metal, the metal’s length, and its thickness.

Yes, 4 x 8 is a standard size. However, expanded metal comes in sheets of various sizes. Contact us at Kloeckner Metals to discuss your specific needs.

What is expanded metal mesh?

ANSWER:
Expanded metal mesh is a type of security grating that is usually made out of sheet metal tightly wrapped around an expanded wire. The result is a strong and sturdy covering for walls, walkways, or any other structures you want to keep safe.

Ask Me Anything with Ron Atilano

When someone has 45 years of experience holding up their career, chances are they’ve...

What to Look for in Solar Energy Equipment Suppliers

A few months ago, we welcomed our second branch in Mexico to help keep...

What is the Composition of Stainless Steel?

The composition of stainless steel advantages many applications where strength, corrosion resistance, and surface...

What to Know About Fabricating Stainless Steel

Reports indicate that as demand in the automotive and construction sectors continues to increase,...