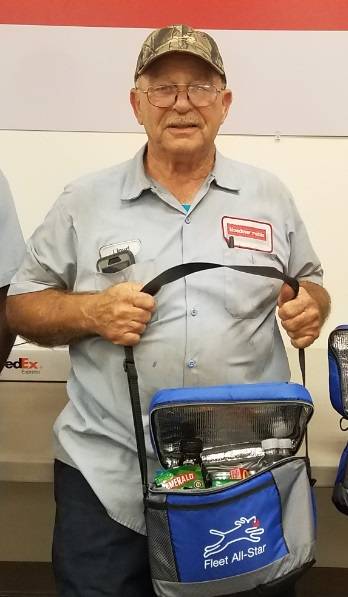 This past December, Lloyd Freire retired from Kloeckner Metals after spending the better part of a lifetime on the road as a truck driver. Lloyd drove for Kloeckner for the past 11 years out of the Louisiana branch, and before that he spent 28 years hauling seafood.

“I enjoyed every minute of it,” Lloyd said. “I have friends all over the southern United States.”

Lloyds first experience driving a big truck, however, was almost his last. He was working at a shipyard as the welding supervisor. There was a place down the highway that bent all the materials for them, and one day they couldn’t get the material over to the shipyard. Lloyd had some experience driving the big tractors around the yard, pulling materials, so the plant superintendent asked him to drive one to get the materials and bring them back. Lloyd got in the tractor while the superintendent followed him with flashers on.

“We get the stuff and we are coming back,” Lloyd said. “I’m talking about two miles. About halfway back, we had four state troopers come up and pull us over to the side. He looked at me and said, ‘What kind of driver’s license do you have?’ I said, ‘Regular driver’s license.’ He said, ‘You’ve got the wrong driver’s license, and this truck shouldn’t even be on the street.’ The fines they paid, it was unbelievable. He looked at me and said, ‘If I see this truck on the street again, you’re not going to see daylight for a long time.’ So that was my first experience driving.”

After that, Lloyd got his chauffer’s license and started trucking for real. Before hurricane Katrina, his route took him from Brownsville to Miami, then to Charleston, South Carolina. Sometimes he would be on the road so much that he would only be home 17 hours a month.

“I’ve made some serious runs,” Lloyd said. “Sometimes you wake up after you pull over to get some sleep and you think, ‘Where did I stop?’”

When Lloyd started working at Kloeckner Metals, though, he was able to work five days every week and get the weekends off. Not having to work over 60 hours a week made a huge difference. Drivers are always limited in how many drives they can make because they can only drive for 11 hours and work for 14 in a day. Lloyd thinks that he hit 14 hours maybe three times in the 11 years he worked at Kloeckner.

“When you are running seafood, they want you to be at your destination before you left,” Lloyd explained. “With Kloeckner, if it got there it got there. If something came up where it couldn’t get there, if there was some accident or breakdown or whatever, it didn’t get there.”

Over Lloyds entire career he was able to keep a clean driving record without any accidents. He attributes part of that to paying attention to his surroundings at all times. This made him better able to anticipate things on the road, like accidents, before they happened. The other part of safety is knowing when you are tired and pulling over.

“If you’re getting sleepy, pull it over,” Lloyd said. “You’ve only got one life.”

Lloyd recalls one time when he was running down to Jacksonville, Florida with a friend of his named Leon. About 50 miles past Jacksonville, Leon told Lloyd that he needed to get back as soon as he could. Lloyd responded by saying that they better pull over and get some sleep because they had been driving for about 10 hours.

Lloyd thinks that the best thing a new driver can do is get with someone more experienced. You work with that driver, and if you have a question for anybody, you ask it. You shouldn’t assume how things should be done. Instead, you should talk to someone with experience and learn from them.

“Don’t think that you know it all, because you don’t,” Lloyd said. “I was still learning after 38 years.”

At age 68, Lloyd is now enjoying some well-earned free time. He likes to make wood carvings, such as boats and ducks, and he enters them in competitions. At the Louisiana Wildfowl Carvers and Collectors Guild show, he has been the Gulf Star Champ for six of the last eight years in the miniature boat category. In the walking stick with a duck head category, he won “best in show” twice and “second best in show” three times in the past five years. He has also won numerous other ribbons for the decoys he makes.

“I’m enjoying doing what I want to do,” Lloyd said. “It’s been great.”

As enjoyable as retirement is, Lloyd is still going to miss driving. He is going to miss working with all of the friends that he made over the years. He is also going to miss the special feeling you get when you are behind the wheel of a big truck.

“I enjoyed my time driving, I really did,” Lloyd said. “You are controlling that rig. It is a feeling to be proud of, that you are in control of something that is so dangerous. You are responsible for the people around you, and the people you deliver to. It is a big responsibility. A lot of people say, ‘Man, you’ve got it made. You just sit in the truck and drive.’ I say, ‘Let me tell you something. Anytime you get on the road and you’ve got 80,000 pounds under your butt, it ain’t no fun. It’s work.’” 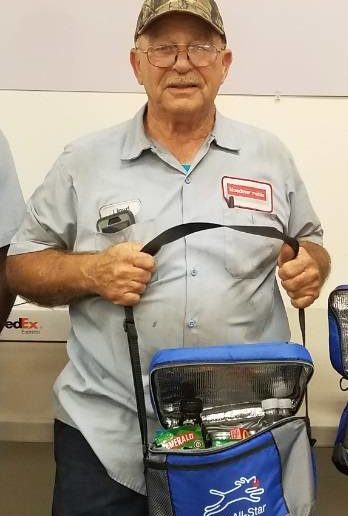