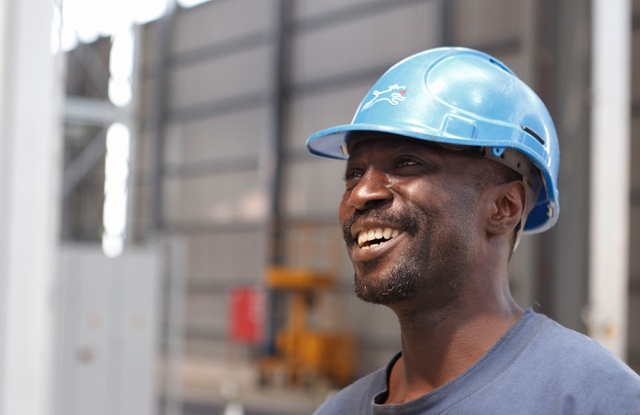 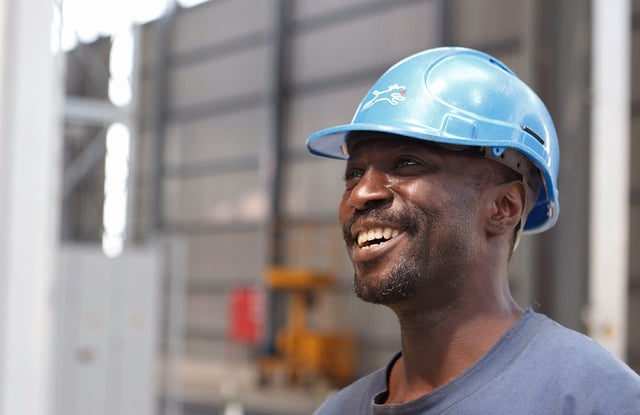 The Kloeckner Metals Tulsa Building Products branch recently participated in a charity event geared toward providing relief for the victims of Hurricane Matthew in Haiti. Rather than simply giving money, the program provides building materials for shelter/home repair. As a company which sells building materials, this was a unique way that Kloeckner could help the cause. Kloeckner donated two 29 gauge 40.875 wide painted metal coils. They were run through the roll former at Metal Panels Inc., a partner in the charity event, which turned the metal into metal roofing panels.

“We donated those metal panels knowing that these panels are going to go to help rebuild structures there so they can get back to some sort of normal living environment,” says Ryan Wooldridge of Kloeckner Metals. “We thought it was a good avenue to help out their situation.”

The project was spearheaded by Mitch Hentkowski of Metal Panels Inc. who worked with Cross Catholic International. Mitch grew up poor in America, but when he was stationed in Panama in the Army, he saw the depth of real poverty. For Mitch, from that point, it became a goal to find ways of helping the poor in third world countries. One avenue to do so was through Cross Catholic International which already has a presence in Haiti and other countries.

“So last year I started donating through Cross Catholic International to fund the building of permanent homes for families in Haiti and Guatemala,” Mitch says. They put up duplex homes where two families share a bathroom, so they have actual plumbing and water. If they have a small plot of land with it, they encourage them to farm, and any excess food that they have they encourage them to sell it into the local market place to earn some income.

When the Hurricane hit, Mitch reached out to the organization to see how he could help. Working in the construction materials industry, he thought donating physical panels would be a natural way to contribute. The trouble was working out the logistics.

“A lot of people want to do something. It is just that trying to figure out how to do it is usually the most difficult thing. Typically that is the first step,” Mitch says.

Once Mitch worked out the specifics with Cross Catholic International, he reached out to suppliers in the area to see if they would be interested in helping. It was at that point that he called up Kloeckner Metals.

“He just called me out of the blue,” Ryan says. “He asked if we would be interested in donating some materials so they can run panels for Haiti hurricane relief.”

Ryan was able to provide a donation, which shipped out to Haiti in November. Once the supplies get to Haiti, they will be distributed to distribution points that are typically local churches where they will be given out to those who need them. Ultimately, the metal roofing panels will go to those who lack even rudimentary shelters.

In total, 4,000 panels have shipped out. Accounting for just a few panels per person, this is a project that could have a large and lasting impact. While other programs are geared toward providing food and water, this program fills the need for basic shelter.

“The fact that it makes more of a permanent structure, or as permanent as can be for these people in this situation, then that is just one less thing they have to worry about,” Mitch says. “If they have shelter over their head, they can be concerned about food and water and not all three of them.”