The History of Agile Manufacturing

For the writers, the answer to dwindling US dominance in manufacturing wasn’t just faster, more efficient manufacturing, it was “new technologies and new organizational structures” “integrating flexible technologies of production with the skill base of a knowledge workforce… and flexible management structures.” This new structure would be able to rapidly deliver “high quality, highly customized products” and substantial bottom-line gains.

This “new manufacturing system” they theorized would be called “agile manufacturing” and, while it wouldn’t be easy to adopt, American manufacturers would be at an advantage over global competitors because the revolution in approach was already taking place right next door, in Silicon Valley.

At the same time that the executives were theorizing about how the manufacturing industry could take advantage of the US’ predominance in information science, the concept of agile software development was itself taking shape. Throughout the 90s, several lightweight software development approaches evolved in response to the methods of the time that were criticized as being too regulated, planned, and micro-managed. These included rapid application development (RAD) in 1991, the dynamic systems development method (DSDM) in 1994, Scrum from 1995, and others.

In 2001, seventeen software developers met at a resort in Utah to attempt to unify the methods. Together, they published the lean, sixty-eight-word Manifesto for Agile Software Development. The Manifesto was followed up by several influential resources, like the PM Declaration of Interdependence, the Software Craftsmanship Manifesto, and the evolving, open-source Agile Glossary. Since then, agile has become a part of common business vocabulary, and enterprising companies of all sizes either adopt it or at least pay lip service to its core tenets, including in the manufacturing industry.

The Values of Agile Software Development

The originators of the Manifesto for Agile Software Development outlined four key values of software development, including people over processes, working software over documentation, collaboration over negotiation, and flexibility over planning. They went into slightly more detail with twelve principles meant to address an external environment of rapidly evolving competition and, more importantly, the poor internal environments that were ill-equipped to respond to it. The values emphasized in 21st Century Manufacturing Enterprise Strategy: An Industry Led View mirrored the concepts that those seventeen software developers decided would be the foundation of agile software development.

While agile methods differ, most start by breaking work into shorter increments of time that lessen the need for upfront planning and design. Each time frame is typically called a sprint, involves a cross-functional team working on all aspects of the project, for example planning, design, coding, and testing, and lasts from one to four weeks.

At the end of each sprint, the team should be able to demonstrate a product or functionality that integrates with existing software or processes. This workflow minimizes risk to the organization while allowing for quick change and adaptation. Iterations likely won’t add enough functionality to justify a market release or customer announcement, but the goal is to have a new release with minimal bugs at each iteration. The speed and intensity of sprints keeps teams focused on  working software as the main measure of progress.

If this sounds like it would only work in software, you might be surprised to learn that that wasn’t the intention of developers.  According to Jean-Loup Richet, “this approach can be leveraged effectively for non-software products and for project management in general, especially in areas of innovation and uncertainty.” No matter what, the end result should be a product or project that not only meets customers’ needs but is also delivered with minimal cost, minimal waste, and minimal time.

The History of Agile Manufacturing

“Agile manufacturing” was predated by the concept of “just-in-time” (JIT) manufacturing developed by Toyota in the 1960s and morphed in the 90s into “lean manufacturing”, “cycle time management,” “time-based competition,” and “quick-response manufacturing.” But while JIT and the others referred to production systems, “agile manufacturing” was not just about what was happening on the factory floor, but also about the software that was growing in importance and increasingly underpinning the whole industry.

Many of the prerequisites for agile manufacturing that were outlined in 21st Century Manufacturing Enterprise Strategy: An Industry Led View sound like the foundation of digital transformation that Kloeckner and other manufacturers have recognized as industry priorities, namely “developing software that will allow humans, computers, and production machines to interact easily enough for computers to realize the full potential of the agile manufacturing system.”

For Kloeckner, those priorities have been enshrined in several of our projects, from the more common, like electronic data interchange (EDI), to the organization-specific, like Kloeckner Direct, which creates transparency throughout the ordering process, to the project-specific, like our RFID programs that give our customers complete supply chain visibility. They’ve also reflected our larger dedication to the tenets of agile software development as a part of our digital transformation strategy.

Agile Manufacturing: Where Are We Now?

Unfortunately, it has taken time for the digitalization envisioned by the authors to take place. In February 2017, a full decade after the 2006 predictions made by the paper’s authors, a study by McKinsey & Company argued that “on average, industries are less than 40 percent digitized,” but there are signs of hope.

For one, 40% is still something, proving that the originators of the agile were right about something. Meanwhile, America’s strength in information technology continues unabated. Manufacturers, suppliers, and distributors all have access to an unprecedented range of partners, tools, and talent to help them become truly agile. The volatility of the steel industry may not be going anyway, but a commitment to agility and digitization can go a long way towards reducing it and achieving the level of global competitiveness the authors originally envisioned.

Jonathan Toler is a digital product and innovation leader with over 17 years of industry experience at both Fortune 500 and early stage startups. He is the Head of Product & Innovation at Kloeckner Metals were he is tasked with researching and implementing new technologies and processes that will transform Kloeckner into a digital metals company. Previous to Kloeckner, Jonathan led product management teams at Owners.com, Bridgevine, Triton Digital, and Autotrader.com. He has previously spoken at ProductCamp Atlanta,, Open Mobile Summit, and B2B Online. Jonathan holds an MBA and BBA in Finance from Kennesaw State University and is a Certified Scrum Product Owner. 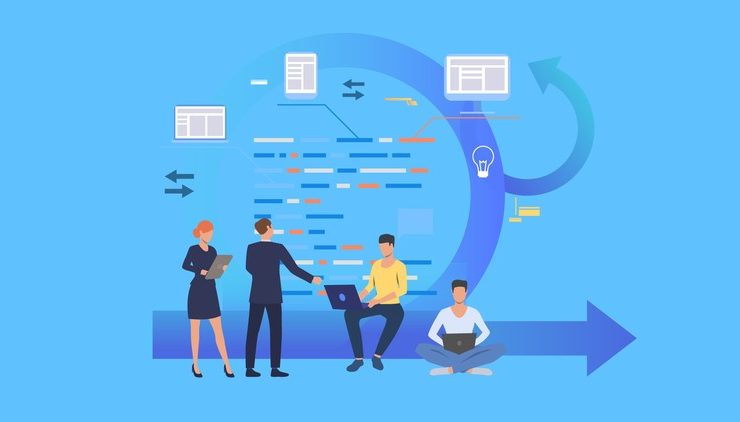 There’s a lot to be proud of in the Palmetto...