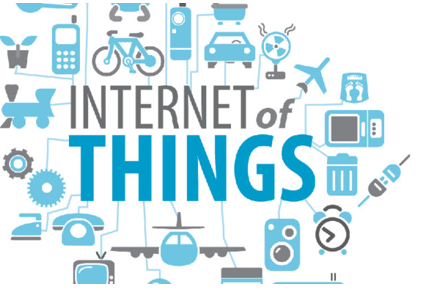 Implementing IoT one step at a time

The global metals industry expects to grow by 2.7-3.4% year over year. This growth is enabling companies to reopen shuttered mills, expand current plants, and build new ones while new companies enter the industry.
As competition heats up, companies must continually seek new ways to heighten efficiencies and control costs. Executives at Kloeckner Metals Corp., one of the largest metal service centers in North America, are making strides by implementing technology that will bring about Industry 4.0 and digitalization.

“The metals industry is a commodity-driven market and industry. It is extremely competitive. There are low barriers to entry and thousands of competitors. The only way to succeed is to find efficiency,” explains Matt Meyer, Vice President of Digital Innovation for Kloeckner Metals Corp.

However, he says, “The traditional ways to derive efficiency have been exhausted. Many in the manufacturing and distribution fields have spent years trying to drive costs out of their organizations.”

Meyer believes that implementing Industry 4.0 and digitalization will keep competitiveness high. By focusing on digitalization across the entire supply chain, Kloeckner Metals personnel work to extract efficiencies from the shop floor, shipping and receiving, inventory tracking and reordering, as well as manufacturing.

Defining Digitalization
McKinsey & Company, a global management consulting firm, defines Industry 4.0 as “the next phase in the digitalization of the manufacturing sector, driven by four disruptions:

–The rise in data volumes, computational power and connectivity;
–The emergence of analytics and business-intelligence capabilities;
–New forms of human-machine interaction, such as touch interfaces and augmented-reality systems;
–Improvements in transferring digital instructions to the physical world, such as advanced robotics and 3-D printing.

Kloeckner Metals takes a simpler view. “If you Google Industry 4.0, it’s all about the Internet of Things (IoT), machines talking to machines, and it sounds like a beautiful future place,” states Meyer. “We are more pragmatic in our definition because [in the metals industry] there is a big gap between where we are today and this perfect world of Industry 4.0.”

Initially, Meyer and his team will focus on applying Industry 4.0 for supply chain automation. “It’s about employing technologies to drive efficiencies throughout the supply chain,” he says. The final phase of change will be on manufacturing.

Tech for success
The German-based distributor, which has operated in the U.S. since 1975, is beginning efforts at a factory in Tulsa, Oklahoma. After examining the movement of material throughout the facility, the company began leveraging radio-frequency identification (RFID) and Bluetooth technology to keep tabs on every piece of metal—at any given time. The move solved locating materials, one of the plant’s greatest challenges. The 166,000-square-feet facility houses thousands of SKUs of material, which are constantly on the move. It was challenging to keep accurate records of material movement.

“We spent too much time locating one SKU,” Meyer says. “We put sensors throughout the factory and purchased Bluetooth tags, and put them on all products, finished goods, and raw material.” This produced a clear read on exactly where everything was located, saving time and energy.

One challenge the team encountered was that of the reflectivity of metal interfering with wireless signals. So, the team worked to develop a custom Bluetooth tag. Next steps involved continually optimizing the software to achieve required levels of accuracy.

Kloeckner has since integrated RFID into every service center to better understand the flow of materials, personnel, and machines, while achieving greater efficiencies in maintenance and safety.

The final phase of charge toward Industry 4.0 will be in its manufacturing facilities. Kloeckner hopes to put sensors on all equipment to better understand machine failure points and predict downtime. Meyers says, “These areas in production and digitalization will be powerful. We currently operate on years of experience to properly maintain equipment and reduce downtime.”

This change will be slower and more capital intensive. Much of the equipment in the metals industry is older. “This equipment was built long before everything was wired up and there were outputs coming from the machines themselves,” Meyer says.

The company has automated some processes on the factory floor; operators no longer must input job numbers, time of production, and other parameters into the ERP, for example. Workers also analyze data for predictive maintenance. While Kloeckner Metals isn’t quite at the intelligent factory level yet, it is on the docket.

The plan involves the need to add sensors to equipment; pull data off the equipment; understand the data, and allow the machines to talk to one another. Once that happens, they can begin to automate processes between machines.

“Kloeckner is a few years away from that world,” Meyer says. “Right now, we’re just trying to better understand the machines and how we focus our efforts on tangible results. Eventually, we’d like to use technology to allow one process to automatically drive the next process in the supply chain.”

He adds, “That is really the goal of the intelligent factory—machines talking to one another.”

Meyer predicts automated ordering will be the next frontier. Most customers operate in a visual Kanban methodology. They keep three skids, and when they get down to one, they reorder using tablet computers provided in Kloeckner’s Parts Manager Program. Once machine-to-machine communication exists, the machines signal when it is time to replenish goods.

“The future is to skip the ordering step and signal skids automatically, so that when a customer pulls a skid from storage to production, we automatically enter a replenishment order,” he says. “A lot of the big OEMs know this is the future, but getting there is the challenge.”