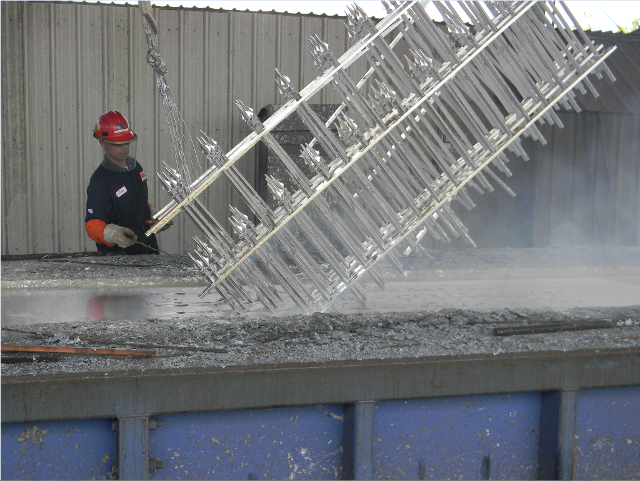 The History of Hot Dip Galvanizing 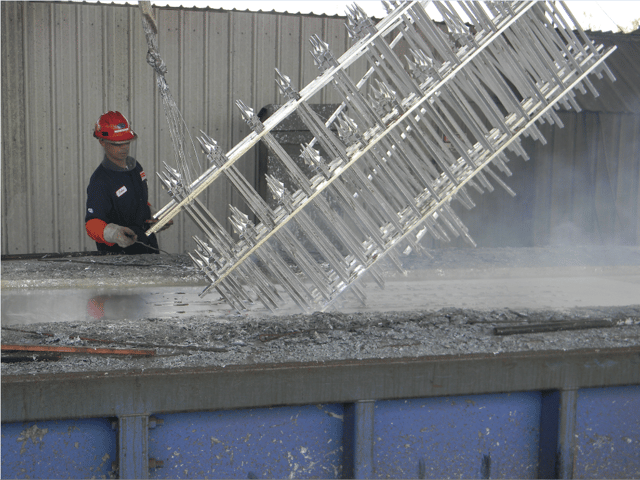 Galvanizing is the process by which a coating of zinc is applied to steel. It endows corrosion resistance and other beneficial properties to the steel.

Zinc had been applied to copper to create brass alloy as early as the 10th century B.C., but it wasn’t until the 1700s that galvanizing applications in steel and iron were first discovered. In 1742, a French chemist by the name P. J. Melouin presented a paper describing how a zinc coating could be attained by dipping iron in molten zinc. This was the earliest precursor to hot-dip galvanizing.

In 1824, Sir Humphrey Davy was experimenting with the corrosion rates of dissimilar metals immersed in water. He came to the conclusion that attaching iron or zinc plates to the copper bottoms of wooden ships would protect them from corrosion.

Zinc anodes continued to be used when wooden hulls were replaced by iron and steel. Then in 1829, Henry Palmer of the London Dock Company patented “indented or corrugated metallic sheets.”

The name “galvanizing” was first applied to the process invented by Stanislas Sorel. In 1836 he patented a process of cleaning steel and then coating it with zinc by dipping it into molten zinc. He called the process of galvanizing the “galvanic” method. This was the beginning of modern hot-dip galvanizing.