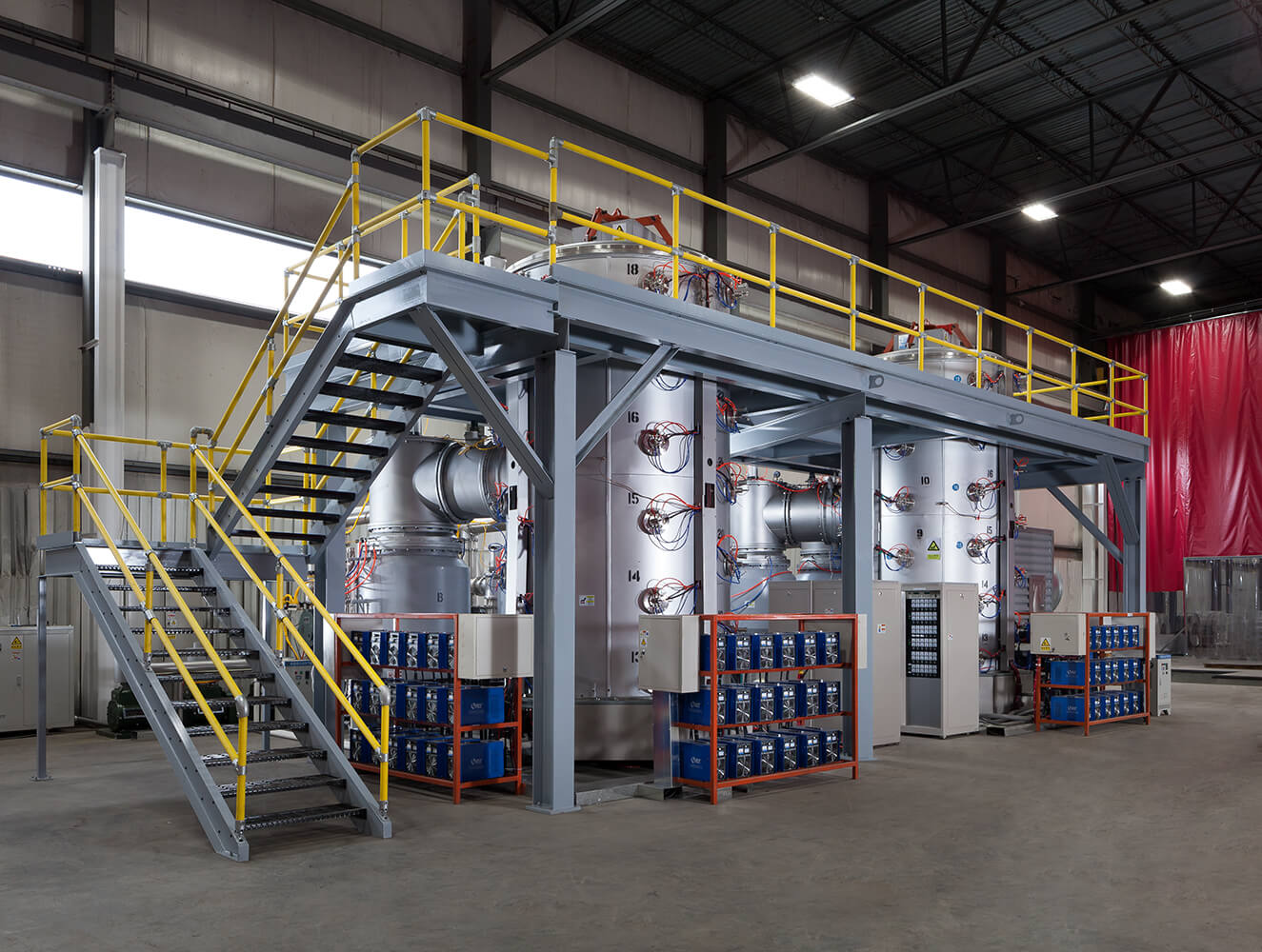 After years of preparation and hard work, Kloeckner has sold its first order of PVD (Physical Vapor Deposition). It was a sizeable order, 32 sheets of 16 gauge, rose-colored PVD which will go to a California fabricator to redecorate one of Google’s large cafeterias. On Friday, February 2, the first sheets of PVD were loaded up onto the truck and rolled out for delivery.

“The team was ecstatic,” said PVD Product Manager David Ziegler, “I’ve been here for a year, but the PVD project has been talked about for three. It has always been that project that is on the horizon and would never actually come to fruition. Now it is real. It is tangible.”

In just 12 months the PVD project has gone from an idea to a production ready for market. The whole operation had to be built from scratch. No one in the United States has ever produced PVD on this scale, so techs were brought in from China, a lead producer of PVD, to help with the technical aspects of the project. PhD Bing Han, project manager and technical liaison between Kloeckner and partner Double Stone China, was instrumental in facilitating the whole process.

“Her understanding of the Chinese culture has aided us in many ways that we would not have been afforded if we just had an American or a translator there,” Ziegler said. “If we didn’t have someone in that position I think it would be much more difficult.”

Ziegler describes the atmosphere trying to get the project off the ground as systematic in nature, but with a very high sense of urgency. The language and culture barriers between the companies were just two of the challenges faced. Because a PVD operation on this scale is so new in America, there were a lot of unknowns that had to be answered.

“I’d say it’s been an arduous, exciting, and rewarding 12 months,” Ziegler said. “I’ve been in some startups before, but with this one considering the highly technical nature of it and the fact that this is our first venture and we had to build it from scratch, it has exceeded our expectations.”

Even with the first order going out, the work is far from done. Actually, the construction is still ongoing. Even being ahead of schedule, the PVD team still has to install two more furnaces and some ancillary equipment. When complete, there will be four furnaces, two of which are large scale. Kloeckner hopes to fill up this capacity quickly, and then continue to expand PVD capabilities. 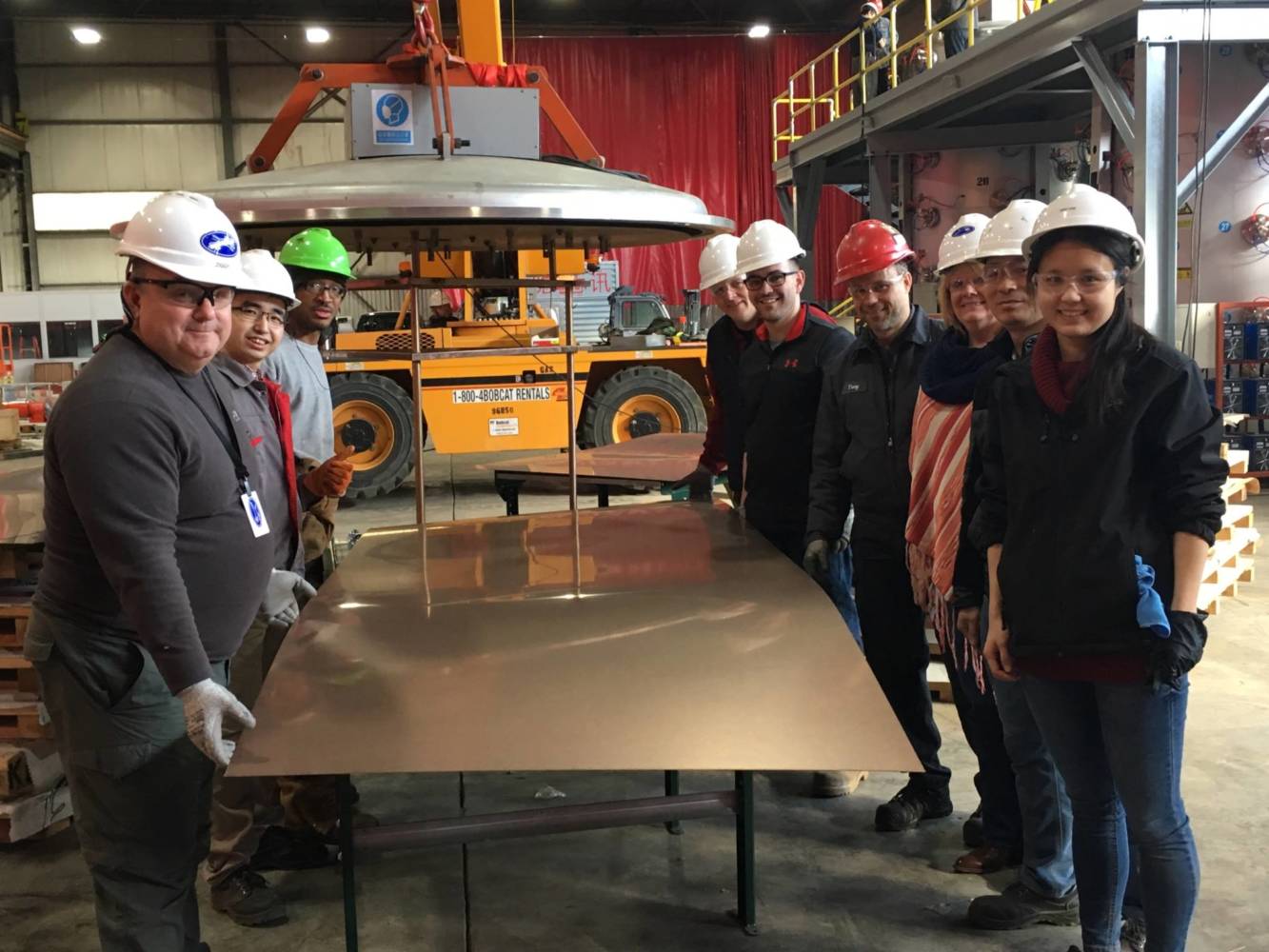 “It’s a real credit to the team here to be able to work and put out salable product while we’re still installing the whole operation,” Ziegler said.

The market for PVD is very promising. While PVD has been manufactured in America before, the scale of this operation is on a whole other level. Customers have been excited to learn about the product, and have started thinking about how to use it to expand their product lines.

“It has been a long journey with our customers,” Ziegler said. “Now we’re starting to see some of the fruits of the seeds that we have planted in the last year.”

PVD is already being used in the architecture industry and with some high-end appliances. There are applications within the recreational vehicle industry, particularly with aftermarket motorcycle and truck customization. Anti-fingerprinting is another area where PVD shows great promise. The bottom line is that Kloeckner’s new PVD production center will change the entire PVD industry in America.

“For years they have been importing from offshore, and now we’ve got a source for them in the United States,” Ziegler said. “We’re taking lead times that have been months and we are compressing them into weeks.” 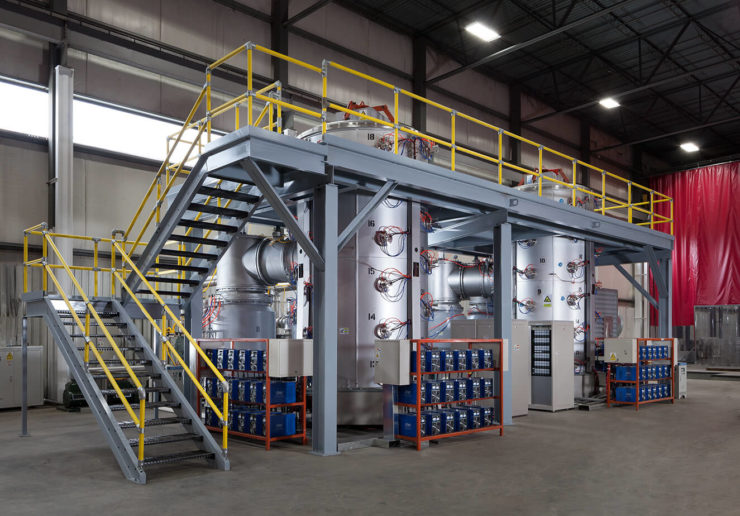 Lightweighting, a concept in the automotive industry, demands that all...

The 2021 International Roofing Expo takes place at the Mandalay...