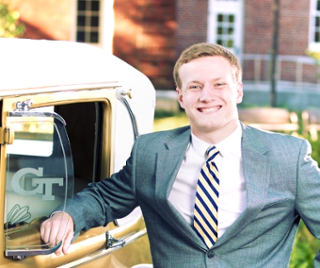 Evan Pope is approaching the end of his ten-week summer internship with Kloeckner. The Kloeckner Internship program is an opportunity for college students to gain real world experience in the steel industry. As Evan reflects on all the things he has experienced, he realizes that he has learned a lot.

“I really knew nothing about what daily work life would be going into it, and now I feel much more confident going into my future career in what exactly I’ll be doing,” Evan explains. “I initially didn’t know anything about the steel industry, so the new experience was really interesting. I learned that the industry is much more complex than I imagined.”

During the internship, Evan has done a lot of work with data analytics and marketing analysis. He has played a big part in collecting market indicator data and making market forecasts. He also has worked with updating market reports.

“I think I’ve definitely developed a stronger attention to detail because of my work with numbers and data,” Evan says. “It’s really important that everything is very specific and very well maintained to get the most accurate output that we need. I think going forward that is going to be very valuable for any work I am doing because there is always little margin for mistakes, especially when working with numbers and data.”

Evan believes that interns can provide value to a company when they are properly utilized. Interns are energetic and eager to prove themselves. When a company gives them a chance to do real work and doesn’t just push them to the side, he thinks they are a great addition to the team. During his time at Kloeckner, he says that he has been given the opportunity to really show his quality by taking on meaningful and important tasks. For this reason, he thinks that the Kloeckner Internship is a great internship to go after.

“I would definitely recommend it if you’re pursuing a job where you are trusted to do important work and work with good people,” Evan says. “It’s a great experience if you want hands-on learning, and if you don’t want to feel like you’re just being thrown stuff that is unimportant and no one else wants to do. You actually get a first-hand look into a massive industry.”

Evan has made many great connections during his internship. He thinks that it is important for people at a company to get along. It increases productivity and encourages people to play an active role in the company. Building genuine strong relationships also adds meaning and fulfillment to work that can’t be found elsewhere.

“I’ve had a very positive impression of everyone I’ve worked with,” Evan says. “Everyone’s been really friendly and I’ve felt extremely included. I wouldn’t think that I’m just an intern here or just a temporary worker. I’ve really felt like a part of the family here.”

In the fall he will return to Georgia Tech, where he is majoring in finance and pursuing a certificate in IT management. In addition to the valuable skills Evan has picked up, the experience he has gained while at Kloeckner will be of immediate help by giving him a better perspective on how the things he learns in school can be applied in the real world.

“Before when I learned something I didn’t really understand how it could be applied in the workplace,” Evan says. “Now I feel like I have a much better perspective on how that could happen.”

This article by Lynn Stanley originally appeared on FF Journal...

This press release by originally appeared on EIN Presswire. With...

This article by Claire Swedberg originally appeared on RFID Journal. ...