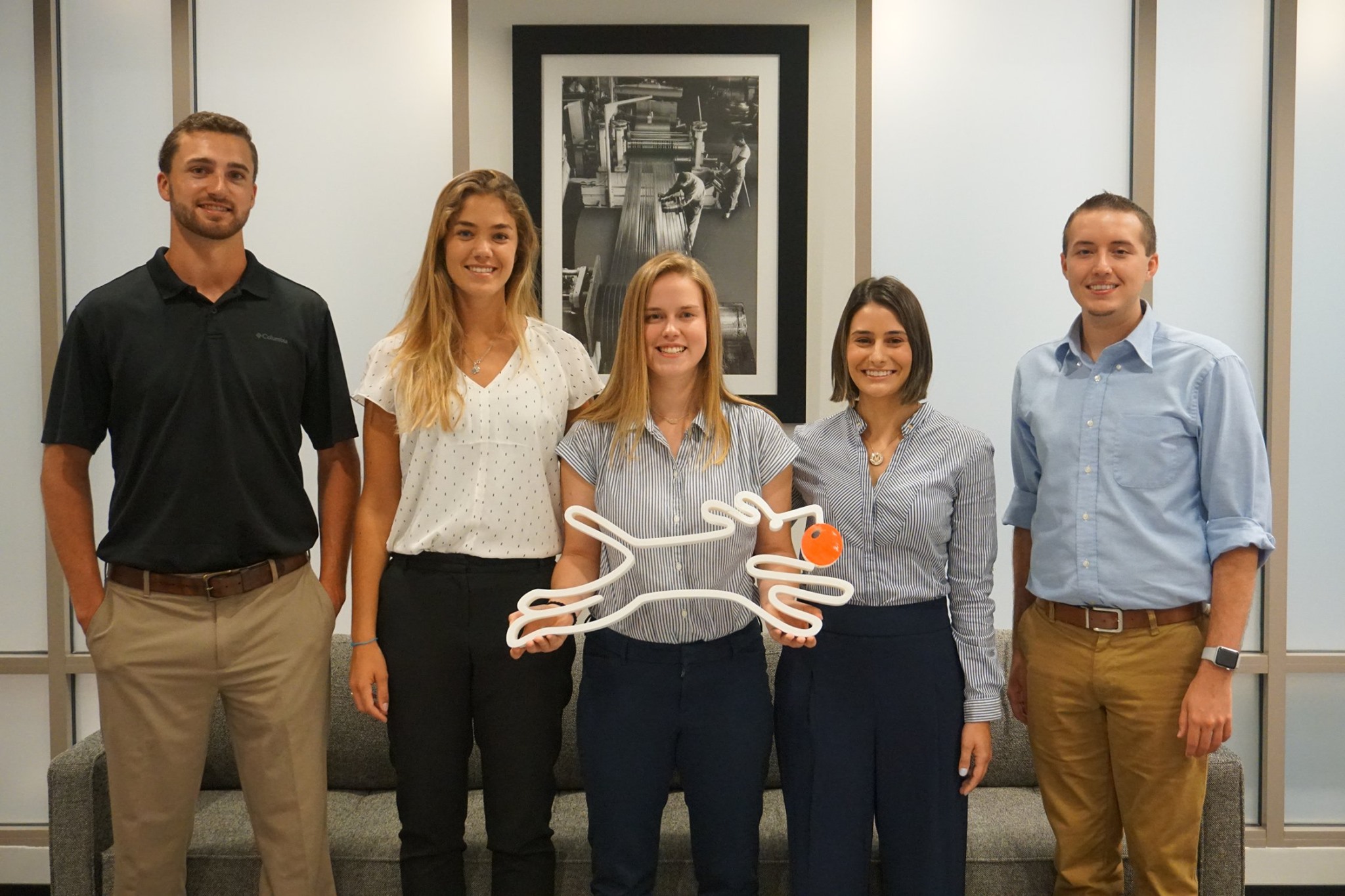 The Kloeckner Internship Program continues to expand in 2019. Like last summer, the program began the first week of June and runs for eight weeks. This year there are five interns, three of which are in the field compared to one in the field last year.

“We would eventually like to continue to grow and have more and more interns in our field locations, whether it is operations or commercial, to reflect our true proportions of the business,” said Manager of Training and Development Amanda Middendorf. “We have many more field team members than we have corporate team members, so that is where we should have the majority of our interns.”

In addition to the professional development resources available to all employees, there are six career development events that the interns are required to attend during the internship. These are called the “Summer Series” and all Kloeckner employees are invited and encouraged to attend.

The first topic is called “Your Professional Brand” and is about learning the importance of reputation and crafting an individual brand as a reliable, professional member of the company. The second event is called “Internal Customer Service” and teaches how to provide the best possible service when collaborating with colleagues, treating colleagues with the same regard as external customers. The third topic is “VC2 Strategy” which is an opportunity to hear from CEO John Ganem directly. He talks about Kloeckner’s strategy and where the company is going. The fourth event is called “Digitalization and Innovation” where employees learn not only about general innovation but also about the specific digital platforms being innovated at Kloeckner. The fifth topic is titled “Your Career Plan” which provides an opportunity for employees to look at their strengths and interests and then chart where they would like to go in their career and how to get there. The final event is called “Presenting with Confidence” which confronts one of the most common fears in the world: public speaking.

“We want to offer an exciting and varied intern program that is going to not only attract interns and make them want to come back, but also that is really going to add value for them,” Amanda said. “We want to be known around the universities that we partner with as an organization that really gives a full, well-rounded, holistic internship program.”

Out of a multitude of applicants, only those with the potential to contribute to projects and handle real work were chosen to participate in the program. Interns were selected who were interested in the fields where Kloeckner had internship opportunities so that the learning experience would align with their course of study. Additionally, the program is geared toward people who will be graduating in the next year or two because Kloeckner would like to potentially convert some of the interns into full-time employees.

“We have really made a more concerted effort to select interns who may be interested in a company like ours, in our industry,” Amanda said. “We don’t want to be just another internship where people file and get coffee all day. That is everyone’s least-favorite kind of internship.”

As part of the orientation program interns were taken on a tour of all three local Georgia plants: Suwannee which is primarily long products and some plate, Alpharetta Flat Roll, and Atlanta Plate. At each location, they were able to see the production facilities and ask the operations and sales leadership questions. The interns were also given full safety training including an introduction to SafeStart®.

“If they are going to be working on value-add projects this summer, and seeing how they can personally contribute to the business, then it is important for them to understand our business,” Amanda said.

As the internship program continues to expand, Kloeckner is looking to continue to develop relationships with universities. Both Georgia Tech and Kennesaw State have provided interns to the program multiple years, and we have partnered with other universities including University of Tennessee, University of Florida, University of Georgia and Georgia Southern.  One of the directors at Kloeckner also has a relationship with Kennesaw State and routinely goes as a guest speaker to some of their classes and groups.

“We know that the local colleges are not always going to be the only source of interns or future employees for us, but as part of our effort to attract new, young talent straight out of college, we want to be a name that universities know here in town where they can recommend their students looking for a quality internship program, or potentially a long-term career,” Amanda said. “We have developed relationships with local Georgia Universities and we need to continue down that path of developing relationships with other universities possibly in some of our regional hubs, like Tulsa, Chicago, Dallas, or the Los Angeles area.” 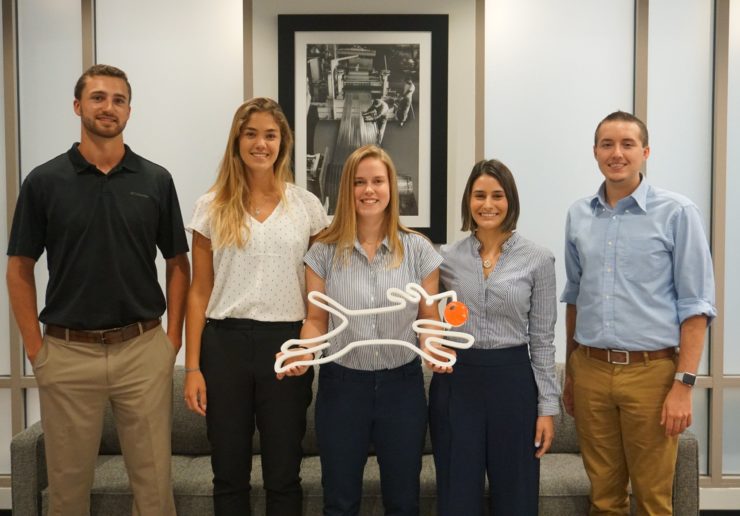