“I’m just your average guy with a wife and two kids trying to make it,” Kirk said. “I always try and push myself at whatever I do.”

Kirk’s experience working on a plant floor goes a long way with his team. He likes being able to share his knowledge with the guys on the floor, and he is not too proud to hop up onto a machine and do a setup or run a machine if need be. As someone who has been through the trenches himself, he understands what it is like to be working in a plant where it is not air-conditioned, on your feet all day “in steel-toed boots on concrete.”

“I know they like it because I will go out there and give them a hand,” Kirk said. He knows his crews appreciate the assistance and how much it helps build comradely with his team. He believes in the “One Kloeckner” philosophy and has tried to demonstrate that on the floor with his personnel.

Kirk was first drawn to a career with Kloeckner because he needed a job that would allow his wife to go back to school. He was working third shift at the time, which was not conducive to that. He found the Kloeckner application online and decided to try out for it because he enjoys manufacturing, even though he didn’t have any steel background. When he had his first phone interview with the operations manager, Summit Pahlas, there was an instant connection.

“After I hung up the phone, I walked into the back of the house and told my wife, ‘Babe, I hope I get an interview for this place because I’m excited just from talking with this gentleman,’” Kirk said.

Kloeckner’s focus on efficiency, lean manufacturing, and implementing new processes impressed Kirk right off the bat. As a millennial, Kirk liked the technology aspect and digitalization. Having everything online and everyone communicating improves efficiency and saves time. For example, allowing customers to purchase on a computer as opposed to having to make a phone call is a lot less time consuming especially for standard orders.

“It has been a very nice development,” Kirk said. “Anytime that you can speed up the process for your customer, they are all for that.”

Millennials tend to have a mindset that is a little bit different. Kirk, for example, is very quick to get on a computer and go through Google or Yahoo to find an outside processor or a different vendor that could make it less expensive to process some material. He will make those phone calls, where someone who has been around longer might not give the new vendors a chance unless they have heard of them.

“I think millennials tend to be a little more open-minded about stretching our legs a little bit and going down avenues that other people haven’t pursued yet,” Kirk said. “Millennials also typically value technology a little bit more. I think that is just kind of a given because we grew up with it. We’re used to seeing it every day. We’re more comfortable with it. I definitely think that helps drive what we need to do here at Kloeckner.”

In his free time, Kirk likes to hang out with the family. Kirk is the den leader for his son’s Cub Scout troop and they like to visit national parks and go on hikes. He is also a coach for his son’s little league team and an avid White Sox fan. They are also a big Disney family and try to go to Disney World once a year. This year they decided to take a road trip from Chicago out to California to visit Disneyland for their son’s 7th birthday.

“Every single year it’s kind of a different experience with them,” Kirk said. “It has been fun, though, every time we go. My wife got me into it when we got married, and we went down there for our honeymoon. I was kind of rolling my eyes the whole time, and once I got down there I was like, ‘wow, this place is pretty cool.’” 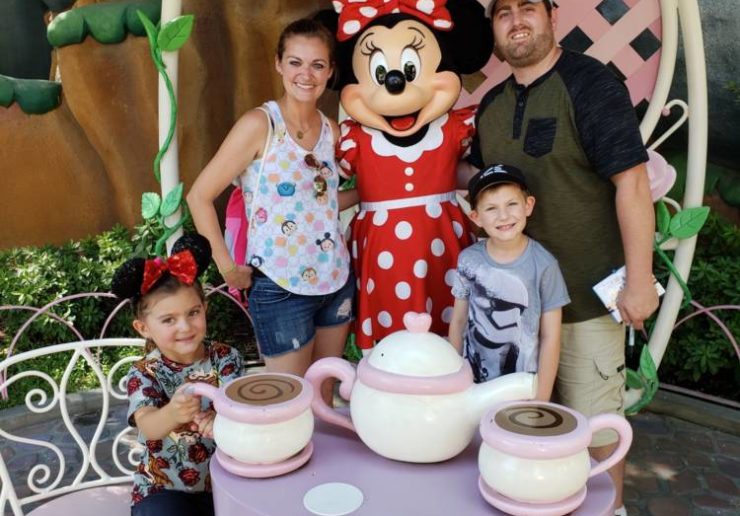