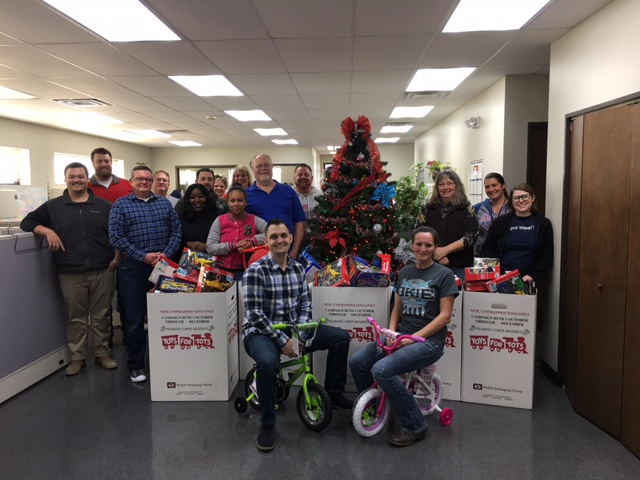 ‘Tis the season of giving

The holidays are always a busy time of the year, but several Kloeckner branches paused their hectic schedules to give back to those in need. Hawaii, Indianapolis, Los Angeles and Tulsa partnered with different organizations and donated their time and resources to make this holiday season a cheerful one.

This is not Hawaii’s first time participating in a Toys for Tots campaign, but it is definitely a branch favorite. Diane Malinovich, vice president and general manager of the Hawaii branch, describes the branch’s attitude as “lots of generous support.” 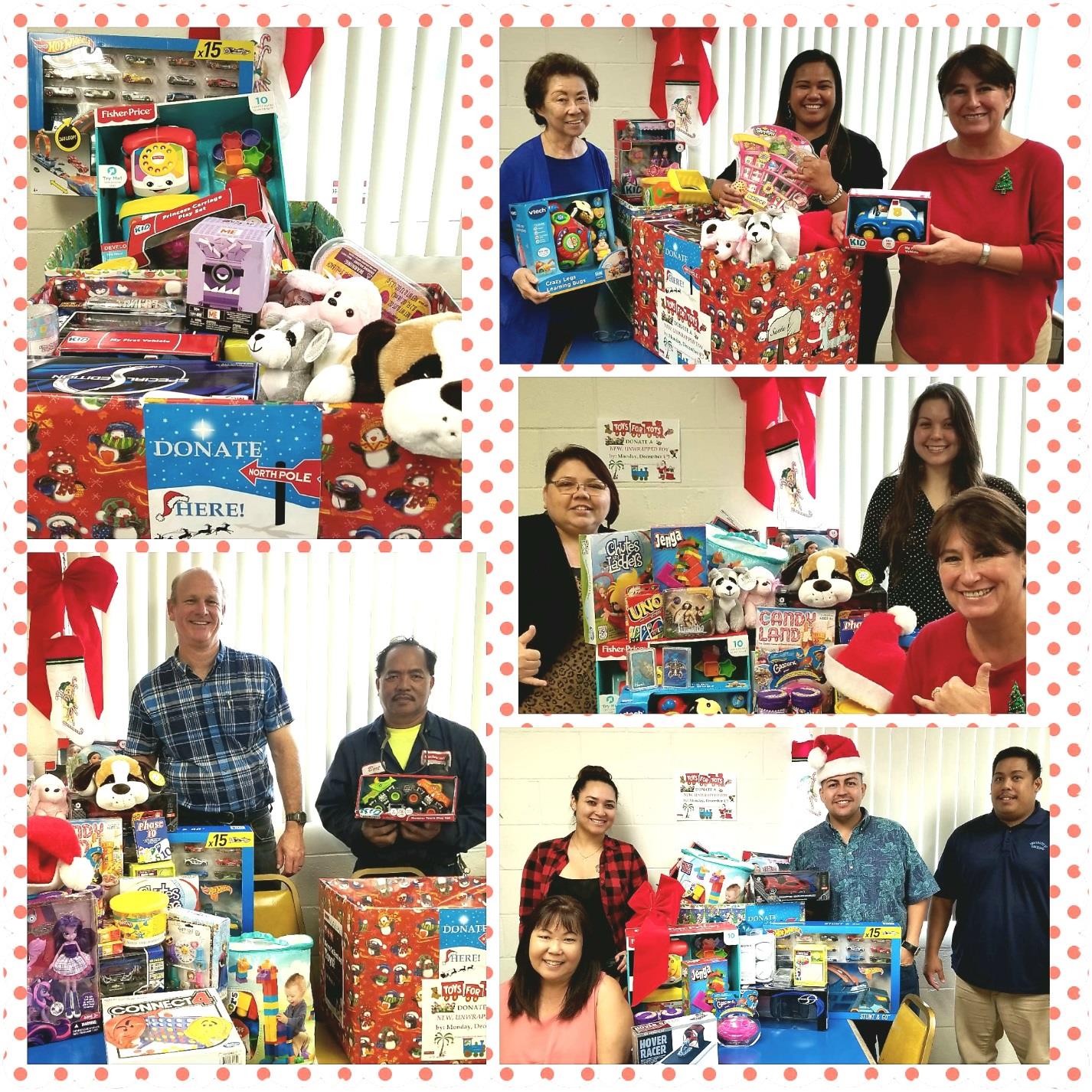 Malinovich says that choosing a charity is difficult because the need is so great, for example, Hawaii has a large segment of people who are homeless. It also has an extremely high cost of living so many families have to work two or three jobs, buying toys as gifts is not one of their priorities. This is when Hawaii decided to intervene and provide toys to those families who are in need. “We all understand how tough it can be living in Hawaii,” Malinovich explains when talking about how this toy drive has impacted the branch, “toys for children strikes a chord with everyone.”

Due to the enormous success of their food drive last month, the Indianapolis branch decided to hold a toy drive to benefit the Riley’s Children Heath. It is Indiana’s largest and most skilled pediatric system and one of the largest healthcare specifically for children.

Steve Blair, office manager of Indianapolis, describes Riley’s Health as reputable, but the reason why he chose this organization is not only because of its repute. “One of our employees’ son had some issues and went to Riley, it was such a good cause for our employee and the community as a whole,” Blair says. The branch has collected 249 toys. Blair says some of the employees have friendly competitions with the donations, but it has improved moral around the office. “I am so proud of the people in the branch,” Blair shares when talking about the involvement from the Indianapolis employees.

These past two drives has been a success and the branch has more events planned for 2018. Blair says Indianapolis plans to partner with United Way’s “Backpack Attack” during the summer of 2018.

The Los Angeles wanted to focus on children this holiday season. “We felt those children who were sick and away from home, needed a little extra love and support during the holidays,” J. Paul Javier, Sourcing Manager – Flat Rolled, says when choosing Miller’s Children Hospital as their organization to partner with.

Miller’s also struck close to home as Bill Terrio, senior inside sales representative, has a daughter who spent some time there as a child and the doctors and staff were nothing short of spectacular. The branch donated over 100 items including toys, board games, video games and more.

The main goal of this toy drive was to bring awareness. “These kids are going through hardships some of us may never face in our lives, we wanted to do our small part in making sure they feel appreciated and loved,” Javier says.

The response from the branch, vendors and friends was tremendous, Javier shares there was so much support and participation. The holiday drive for Miller’s brought a sense of unity within Los Angeles, which extended to the vendors and partners that work closely with the branch every day. “Individually, my heart is full,” Javier says.

This year, Los Angeles has partnered with Little Lake School District and participated in its first Thanksgiving Food Drive. However, the branch’s goals for the New Year is to continue to give back but be more involved in community outreach and volunteer work.

The Tulsa branch has participated with Toys for Tots for many years now. However, this is its first year partnering with the Catoosa branch. Everyone in both branches has been very involved in giving since this organization is pretty dear and near to the people. “We had groups of shoppers, they’d go out on their own time to buy gifts. There are some people in our branch that are busy but still want to help out, so they’d donate cash,” Kelly says when talking about the involvment of the employees. “People were asking about it even before we got the donation boxes.”

Toys for Tots wasn’t the only the organization Tulsa partnered with this holiday season. After Hurricane Harvey, the branch wanted to jump in and help those affected in the Houston branch. “You know, take one of our own,” Kelly says. After speaking to the general managers in Tulsa and Houston, Kelly says they were able to find two families that were the perfect fit. “We were only given the children’s gender, ages and their favorite activities. We took that information and ran with it.” The branch still doesn’t know the names of the families, they just know they wanted to make their holiday wishes come true. “We don’t want a thank you, we just want to help our fellow team members,” Kelly shares.

Kelly says she is thankful to be part of a branch that doesn’t have to think twice when helping others. Tulsa plans to be open for opportunities to give back in 2018. “There is always someone somewhere that needs help.” 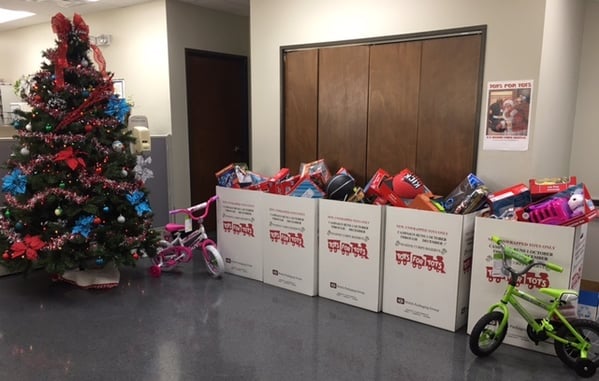 Thank you to all of the branches for their generous and giving hearts, their acts of kindness have touched so many people this season. Stay tuned for more #KloecknerGivesBack this 2018. Happy Holidays to all!