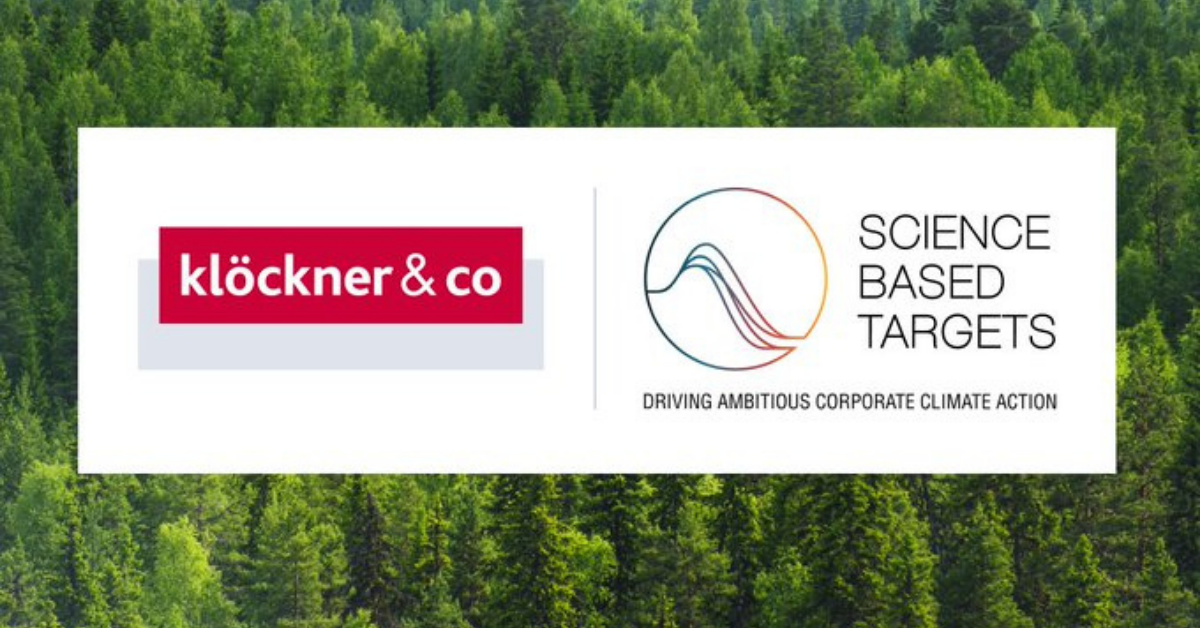 This press release by originally appeared on EIN Presswire.

With “Kloeckner Takes Action 2040,” Klöckner & Co takes focus on reducing its ecological footprint in close collaboration with customers and suppliers.

ROSWELL, GEORGIA, UNITED STATES, January 20, 2022/EINPresswire.com/ —
• Near-term climate targets adopted by the Company validated as science-based by the Science Based Targets initiative (SBTi)
• As part of the Company’s own long-term ambition, Klöckner & Co and its subsidiary, Kloeckner Metals, additionally aim to reduce directly controllable emissions to net zero by 2040 (Scope 1, Scope 2 and Scope 3 emissions under direct influence)
• Through the reduction of its own emissions (Scope 1 and Scope 2) alone, Klöckner & Co will save some 90,000 tons of carbon per year
• The Company is already carbon neutral today by compensating the currently unavoidable Scope 1 and 2 emissions
• The “Klöckner & Co 2025: Leveraging Strengths” strategy is to make the Group a pioneer of a sustainable steel industry

As a pioneer in the industry and one of a select few players in the steel sector, Klöckner & Co already signed up in 2020 to the Science Based Targets initiative (SBTi) “Business Ambition for 1.5°”, the world’s most ambitious and high-profile framework for emission reduction. The SBTi has now validated the near-term carbon reduction targets adopted by Klöckner & Co as science-based targets.

With those targets, Klöckner & Co, including its North American subsidiary, Kloeckner Metals Corporation, will achieve a 50% reduction in its scope 1 and 2 emissions – meaning emissions associated with the business itself, such as from Company-owned vehicles and purchased energy – by 2030. In Scope 3, the Company will likewise reduce directly controllable emissions (such as from business travel) by 50% by 2030. Non-directly-controllable emissions (Scope 3 – for example, bought-in products and services) will be cut by 30% by 2030. These near-term targets are in line with the latest scientific findings and with the Paris Climate Agreement providing for global warming to be limited to a maximum of 1.5° C.

For the long term, Klöckner & Co additionally plans to reduce directly controllable emissions to net zero by 2040 (Scope 1, Scope 2 and Scope 3 emissions under direct influence). In Scope 1 and 2 alone, this will enable the Company to save some 90,000 tons of carbon in its own emissions per year. Emissions that it can only control indirectly – primarily from bought-in steel products – are to be cut to net zero by 2050.

Guido Kerkhoff, CEO of Klöckner & Co SE: “We take responsibility for our environment in order to safeguard the foundations of life for future generations. As a first step in this direction, we will significantly reduce directly controllable greenhouse gas emissions at Klöckner & Co by 2030. Because we apply a holistic approach across the entire supply chain, we also plan significant reductions in the emissions that we do not cause directly. It is our conviction that, through the sustainable strategic orientation of our business, we can actively drive the green transformation of the economy and society.”

As part of a package of measures to this end – titled “Kloeckner takes action 2040” – Klöckner & Co is focusing on specific action to reduce its ecological footprint in close collaboration with customers and suppliers. A focus of Klöckner & Co in Scope 1 and 2 is on emissions generated in its own business, such as from shipping products to customers using Company trucks or from consumption of purchased electricity. Activities to this end include further centralization of energy procurement and a progressive switch to renewable energy sources. In this way, the Company will accelerate the conversion of its multi-local business to renewables throughout the Group. In addition, Klöckner & Co has also already begun converting its car and truck fleet to innovative means of propulsion, including electric mobility and hydrogen. Comprehensive emission analyses and emission reductions in procurement and logistics will leverage further potential for savings.

With regard to emissions under direct influence from the upstream and downstream supply chain, known as Scope 3 emissions, Klöckner & Co will achieve reductions by means of innovative meeting and travel concepts. The Company has already implemented a mandatory switch this year from domestic flights to lower-emission travel options and introduced hybrid working arrangements with substantially increased opportunities for working from home. Kloeckner Metals Corporation has followed suit by reducing non-essential business travel and introducing an in-office hybrid model for all corporate personnel. This minimizes commuting, which paves the way for further savings in emissions.

Klöckner & Co is thus set to cut emissions throughout the entire supply chain, with the main focus initially on actual emission reductions. However, not all emissions can be completely eliminated at present. In addition to the extensive reduction measures across all scopes, commencing this year, the Company will compensate the currently unavoidable Scope 1 and 2 emissions by investing in high-quality, certified compensation projects. As a result, Klöckner & Co is already carbon neutral today. 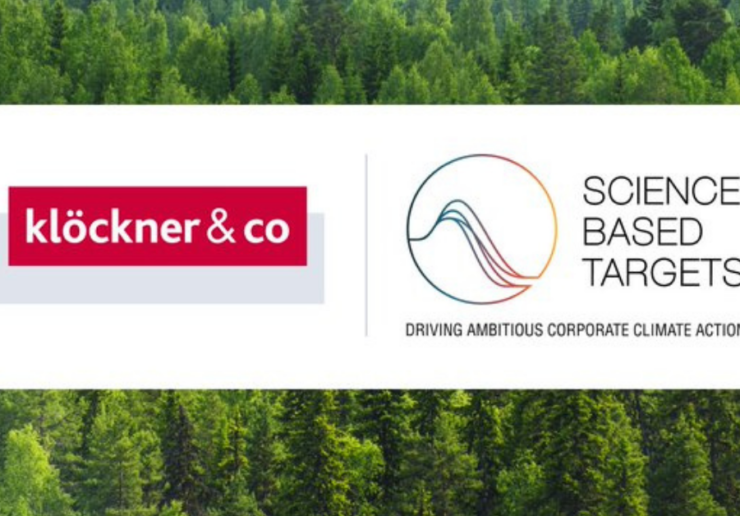 Subscribe
“Kloeckner Metals: The Wisdom of Troubled Times” – Boss Magazine
4 Things to Look for in a Metal Service Center
4 Things You Should Stop Doing to Increase Your Productivity – Backed by Research.
Announcing the Building Products Portal at Kloeckner Metals
Attracting and Retaining Millennials: What Works And What Doesn’t
Bob Christo on 40 Years With Kloeckner Metals