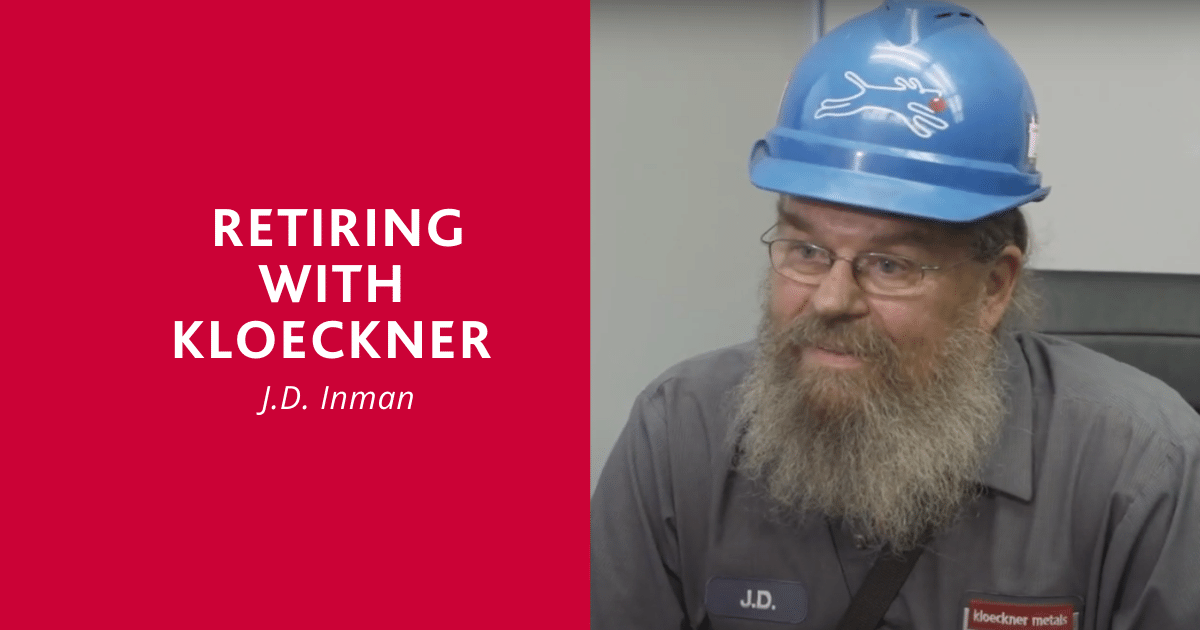 J.D. Inman woke up on October 16th feeling pretty good. His daddy wished him a happy birthday and then, matter-of-factly, told him, “You’re going to work today.”

“Happy birthday, you’re going to work” is not exactly the way J.D. imagined waking up on his 18th birthday. But, 48 years later, he wouldn’t change a thing. That day, J.D. and his father drove down the road to what was then called Steel on Graham and got to work.

Just this last week, J.D. celebrated his 66th birthday, and an incredible 48 years at Kloeckner Charlotte Black Satchel. He’ll be retiring in December.

That first shift, J.D. worked in the sheet bay for $3.25 an hour. For the next three years, he learned the ropes working second shift, before transitioning to first shift as a stacker crane operator. Eventually, J.D. transitioned into maintenance, ensuring the safety and durability of various machines.

He was in maintenance for 17 years, working on cranes, shears, and learning the ins and outs to all of the other equipment. Until, one day, J.D. hurt his hand and transitioned back to the sheet metal bay, where he’s been ever since.

Changes over the years

Over the course of his 48 years J.D. has witnessed many changes. Everything from relocating to a bigger facility in 1976, to rearranging the bays, and transitioning from burning to coils to upgrading equipment to utilize the latest technologies—he’s seen it all.

Early in his career, J.D. felt that each day he went to work it was like he was attending a family gathering. For years, he worked alongside his father, William Inman, his two brothers Fallon and Kenny, and his cousin Sherman until they retired. Over the years, he also formed lasting friendships.

“I had good friends here. Good relationships. And the people here was great,” he describes, “So I had no reason to leave ‘em.”

What are your plans for retirement?

For his retirement, J.D. plans to spend time at his beach house. And, while he’ll certainly enjoy listening to the sound of waves and feeling the sand between his toes part of the time, J.D. is also looking to be around his camping friends, fishing and hunting together. Most importantly, he hopes to “sit back and enjoy life.”

So, gosh darn it, you sit back and you enjoy J.D. We can’t thank you enough for waking up that mid-October morning and giving us the gift of 48 dedicated years. 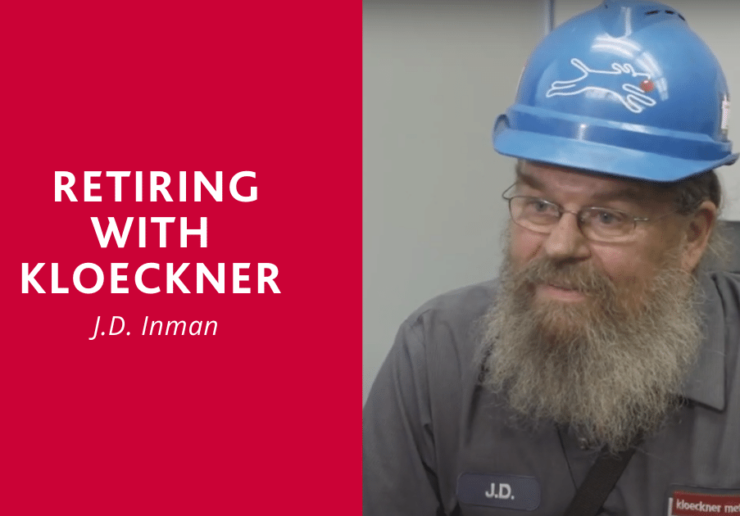 In the material world, density matters. We may not spend...

No matter where you live or work, there is a...

Since stainless steel is aesthetically pleasing and corrosion resistant, it’s...