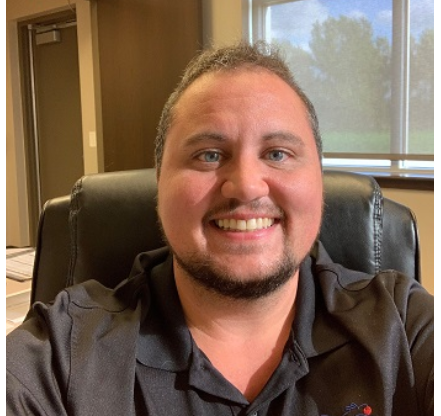 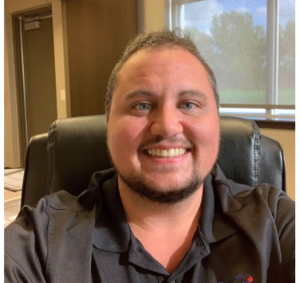 Kloeckner’s goal in digital transformation is clear: to fully digitalize the supply and service chain while accelerating the expansion of higher value-added products and services. And so is the end result, to reduce the volatility of the steel industry for itself and, more importantly, for its employees, customers, and partners.

But the truth about digital transformation is that it’s not based on technology, but on people, and in Kloeckner’s dedication to transforming itself, it has made identifying and cultivating people a key part of its vision.  One expression of Kloeckner’s emphasis on people is its Emerging Leaders Program (ELP), whose mission is to “activate selected candidates to being drivers of the necessary changes.”

Heralded by Klöckner & Co groupwide human resources, ELP was envisioned as a way to connect the dots of a large, global organization spanning over 170 branches worldwide. It was created to develop rising senior managers in any and all functions of the business. High potential employees from around the world would convene, share best practices, and hold each other accountable to innovate.

One participant in ELP is Summit Pahlas, a Regional Operations Manager covering Chicago and Cincinnati. As an operational leader recently promoted from a single facility manager to a regional one, Summit was an ideal candidate for the program. While ELP is currently in its third annual cohort, Summit had only been with Kloeckner three years and didn’t know it existed until he was personally recommended by Amanda Middendorf, Manager of Training and Development.

Prior to the ELP, Summit participated in the second “Leading for Success” (LFS) cohort, which is the management development program specifically designed for Kloeckner Metals US. LFS started in 2018 as a way to help new or emerging managers build essential leadership skills and set them up for success at Kloeckner.

Though he was relatively new to the company, Summit had 14 years of leadership on his resume thanks to an early start managing his first Caterpillar facility at age 27. When reflecting on LFS, Summit said, “It was a lot of quality information, especially for those who I would consider, “emerging leaders,” people who don’t have a lot of experience. For me, it served as a necessary reminder to keep creating, developing, and maintaining relationships with other departments.” ELP is an exciting next step in leadership development.

ELP is split into two modules, the first focused on digital leadership and the second on agile change. Each module commences with a week-long gathering of the program’s global participants. The first in this second cohort took place last November in Germany, where Klöckner & Co SE, Kloeckner Metals’ parent company, is headquartered. The second is scheduled for Paris in April.

With a focus on “value-based people leadership, communication tools, and goal achievement, “the week in Germany was focused on creating and maintaining relationships,” something Summit was looking forward to. “The first session was important because the participants had varying levels of experience. The steel industry is a very established and senior industry. To gain buy-in, you need to build relationships and trust.” Both through its curriculum and its structure, the first module established the importance of relationship building as well as digital transformation.

But, it wasn’t just about the module subject matter and networking, Summit learned the most from the other participants, understanding the strengths and weaknesses of their operations in the US and abroad. “In Europe and elsewhere, there’s this perception that the US is leading in technology, but in fact, some of our international branches are able to systematically track data that we’re still doing manually at our branch,” Summit said.

“Because of ELP, I was able to get ahold of their presentations and will work on putting together an ROI so that we can introduce their processes here. When we have solid data, we can use it to push investment here at our branch and in the US at large. There’s no need to reinvent the wheel when you’ve seen proven results.”

Summit is looking forward to the next module. Focused on agile working methods and SCRUM frameworks, Summit believes the sessions will give him a toolkit to operate in a faster, more focused, and transparent way. “It’s this idea of being able to walk through what went well yesterday, what we’ll do today, and how we’ll improve tomorrow. It’s not necessarily a new way of doing things,” Summit said, but it’d be new to our branch.”

Even with many years in leadership roles, Summit has found that ELP has reinvigorated him. Networking and exchanging information is exciting, but even the leadership basics are resonating again. “No matter how much you’ve learned on the subject, you’ll always find something new.”

Case in point, the importance of something as simple as listening is multiplied when you’re communicating with a multicultural audience. “Just seeing the reactions from different cultures to the same sentence was pretty informational. You’ll never know how people will receive something or be motivated by something.”

And the digital component adds a new element to the mix. “It’s not just about holding my team accountable, it’s also about generating excitement about digitalization and the bigger picture of what we can do.” “When it comes to digital transformation, the module is helping me coach with confidence and giving me the tools to motivate different groups of people.”

“That’s the difference between a manager and a leader,” Summit said. “A manager is not necessarily concerned with the people aspect. Especially as an Operations Manager, you’re a jack of all trades, covering safety, quality, HR, production, but the thing that I would tell people is that the most important thing is coaching. It’s not about discipline, it’s about coaching. It doesn’t matter your role. You can be an operator on the floor and be able to impact the people around you.

“One thing’s certain,” Summit said, ELP is giving us “genuine excitement about the digital transformation process and where we can take it.”