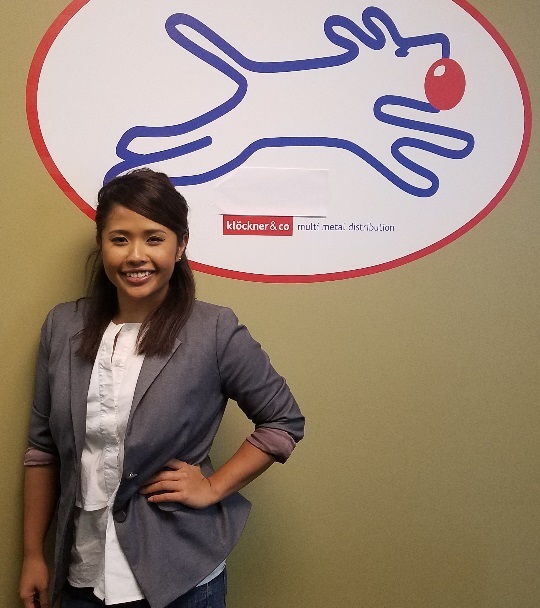 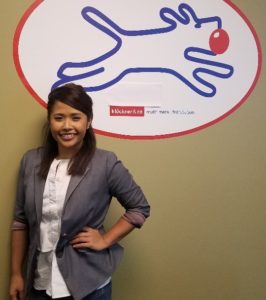 For millennial Qyna Tang, a good office environment can make a world of difference at a company. As an inside sales rep at the Kloeckner LA branch, Qyna enjoys an atmosphere that she describes as “similar to Google.” Employees have a lounge room where they can relax and watch some television during their lunch break. Music plays in the background, and the office has an open floor plan.

“My coworkers have really become like my family. It is an open space in our office, so we just shout to talk to each other,” Qyna says. “We actually ask each other what we had for dinner the night before.”

Qyna compares this positive experience at Kloeckner to a previous employer in the metals industry which was more of a traditional 8 to 5 office. She describes the office as very dry and noticed that it did not have the same strong relationships between coworkers that she finds at Kloeckner. After moving to Kloeckner, she believes that the new office atmosphere seen at the LA branch is the direction that the industry as a whole should be heading.

“In this environment, I’ve really found that I’ve bonded with my coworkers,” Qyna says. “We actually hang out outside of work. It has made me want to do well for the company.”

Qyna grew up in Long Beach. She attended college at UC Santa Barbara, where a major in biochemistry morphed into a degree in religious studies.

“I graduated in religious studies because I fell in love with learning about different groups of people and understanding people from a different perspective,” Qyna says. “I didn’t really know what I was going to do with it.”

After toying with the idea of teaching English abroad, Qyna ended up taking a job with a different metals company. Qyna then began considering pursuing a career at Kloeckner, so she looked up some employee reviews of the company. She was impressed by what she heard.

“They said it was a good place to work,” Qyna says. “I think it counts a lot to get real feedback from the employees who have actually worked there. I took the time to read the reviews and it does sway my decision in perusing a company or not.”

At Kloeckner, Qyna found a company that places value on treating employees as complete people, rather than cogs in a machine. This is something that Qyna believe Millennials value very highly in an employer. You are spending a large part of your life at the office, so it has to be a place where you want to be.

“I think it is really important to take care of yourself. It’s not just about getting the work done, anymore. It is more about taking care of yourself and making sure that your company takes care of you as well,” Qyna says. “I think that’s what we need because the old way worked for a while but it also created a lot of unhappy employees.”

Qyna also believes that the flexibility offered at Kloeckner LA encourages employees to do whatever it takes to accomplish what needs to be done. For example, Qyna has a laptop and sometimes works at odd hours of the day. The benefit to her is that she can work from home if she needs to, but she also finds herself pitching in when she is off the clock.

“Our team is small but we all go above and beyond,” Qyna says. “We all do things outside of our job.”

One of the projects that Qyna manages is the LA branch’s social media, such as Facebook and Instagram. When trying to figure out how to attract more Instagram followers, Qyna decided to do some research, a skill that she believes Millennials excel at. She found that many successful Instagram accounts were very repetitive in their content, having similar pictures week after week.

This gave her the idea to create weekly Instagram events. On Metal Mondays, she picks a famous metal structure from somewhere in the world and provides facts about it. On Wacky Wednesdays, she gets together with the team to come up with funny or strange pictures. On Thursdays, she highlights a member of the team and provides a few fun facts about them.

“I find that highlighting employees helps make everyone feel like they are part of the team,” Qyna says. “They just get a spotlight for the week to focus on themselves.”

As for Qyna, in her free time, she enjoys going to concerts. She likes hip-hop, particularly the old school artists like Tupac and Biggie. She also likes to go running four to five times per week. 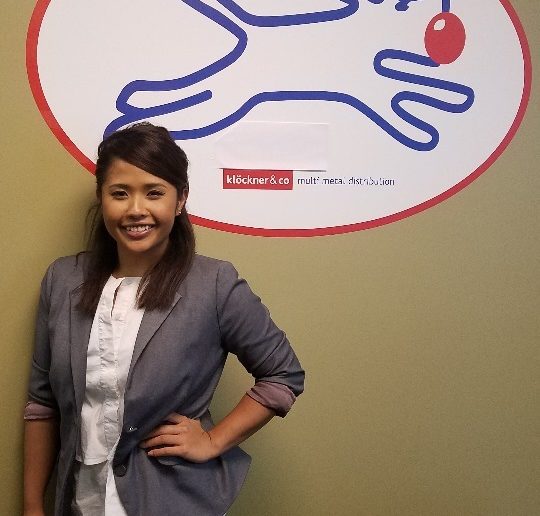