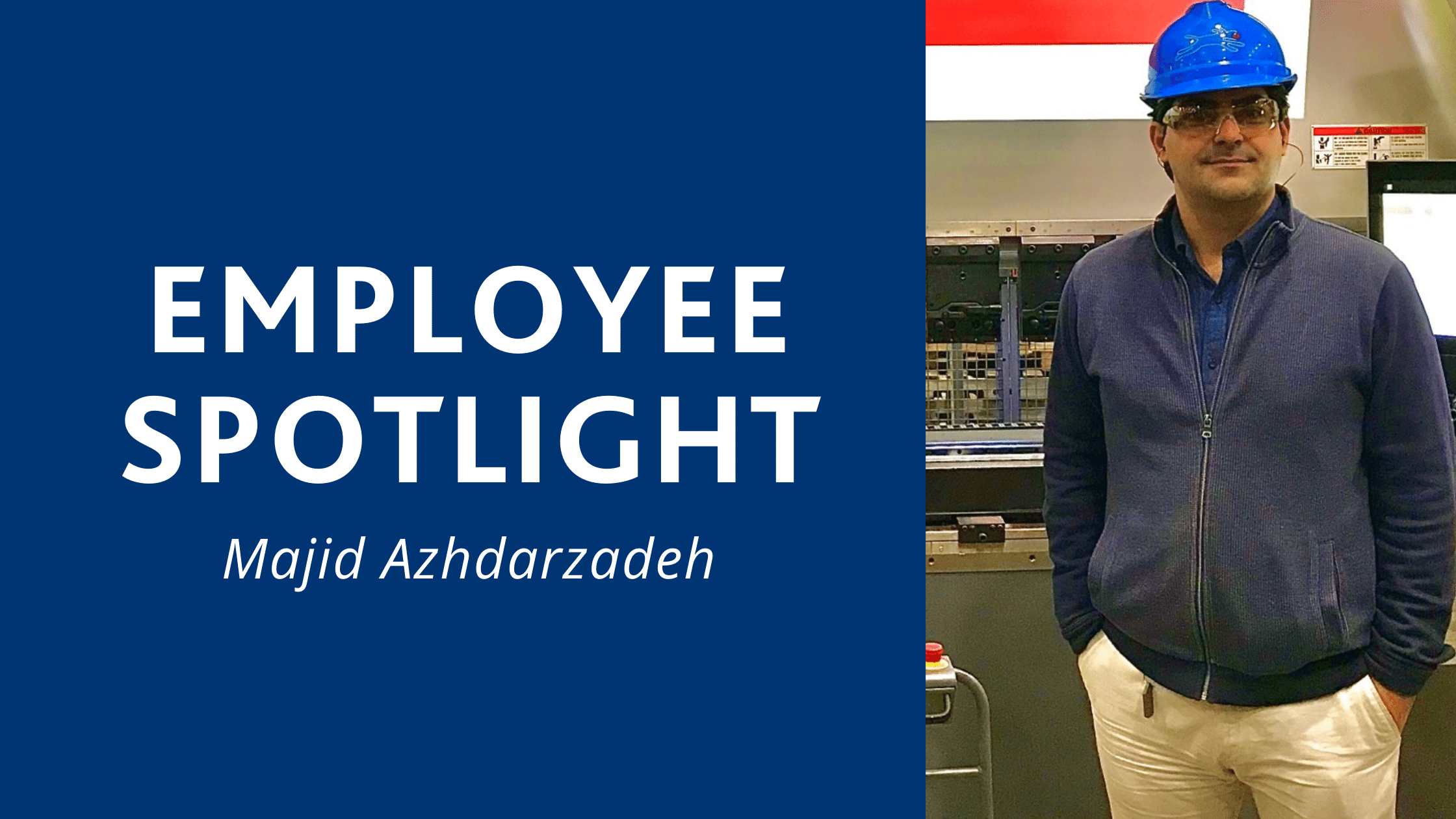 Majid Azhdarzadeh is a CAD Programmer at Kloeckner Metals Charlotte (Black Satchel) whose reputation resolving an impressive range of mechanical issues could earn him the nickname, The Magic Worker. 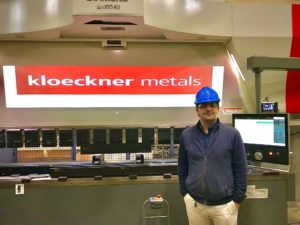 When asked how he approaches machine issues, Majid replies, matter-of-factly, “You just solve it. You find the significant parts of the problem, and then you find the links. That’s it.” There’s a certain pride and joy Majid experiences when he connects the links to overcome challenges.

From Iran to Charlotte

Majid graduated with a mechanical engineering degree in Iran in 2001. He worked for over a decade in the steel and metals industry before moving to the U.S. in 2014.

For years, Majid had his eyes on opportunities abroad. He applied for a visa to live and work in the U.S. each year for 10 years, as well as to technical schools in Europe. It’s a competitive process that may have deterred less driven individuals. Majid, however, had made up his mind: he was going to live his dreams, plain and simple.

While he pursued opportunities outside of Iran, Majid worked with local designers and collaborated with fabricators. Eventually, he performed as a production and quality supervisor.

Finally, he gained a scholarship at Vienna technical school in Austria. While making plans to move there, his family was simultaneously offered visas to the states. Now, this felt like actual magic, since it was a dream coming true. They chose Charlotte, North Carolina, and began building their new life.

You Can Achieve Whatever You Dream Up

Over the years, his wife became an interior designer and Majid learned English by watching TV with his son and listening to audiobooks. Just the other night his son expressed a desire to be on Shark Tank one day. Majid responded thoughtfully, “You can achieve whatever you dream up.”

A satisfying career certainly helps. Majid was hired to work in fabrication for Kloeckner Metals in 2015. He became an operator and, then, after about three years he sought out a promotion. He’s been a CAD programmer for about a year now.

Though Majid always knew he would be working in steel, he feels it’s a privilege to work with the most reputable names in the industry. He’s thrilled to work with such a diverse range of products and processes, from laser machines, to plasma cutting, to press brakes. Above all, he’s happy to have a complex array of challenges to solve, and a team that believes in him. 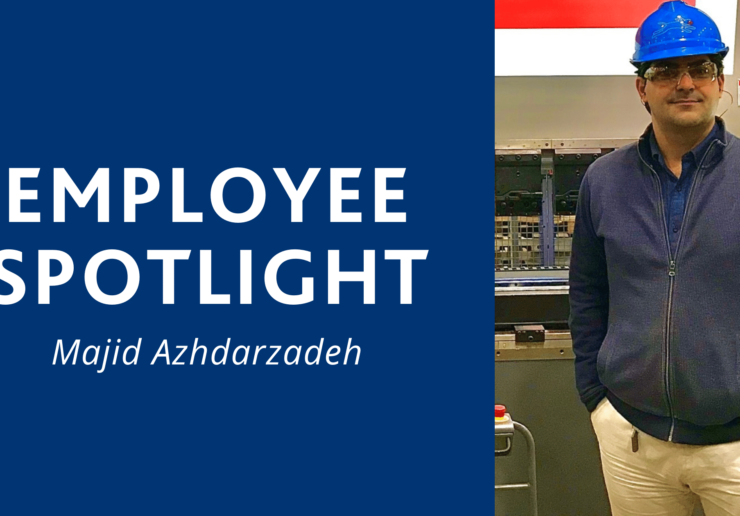 Automotive aluminum has been around since aluminum was first produced....

“I used to tell people I started working here at...

This article originally appeared on: https://www.naxsa.org/mpage/2021-04-excavator Many of us in...