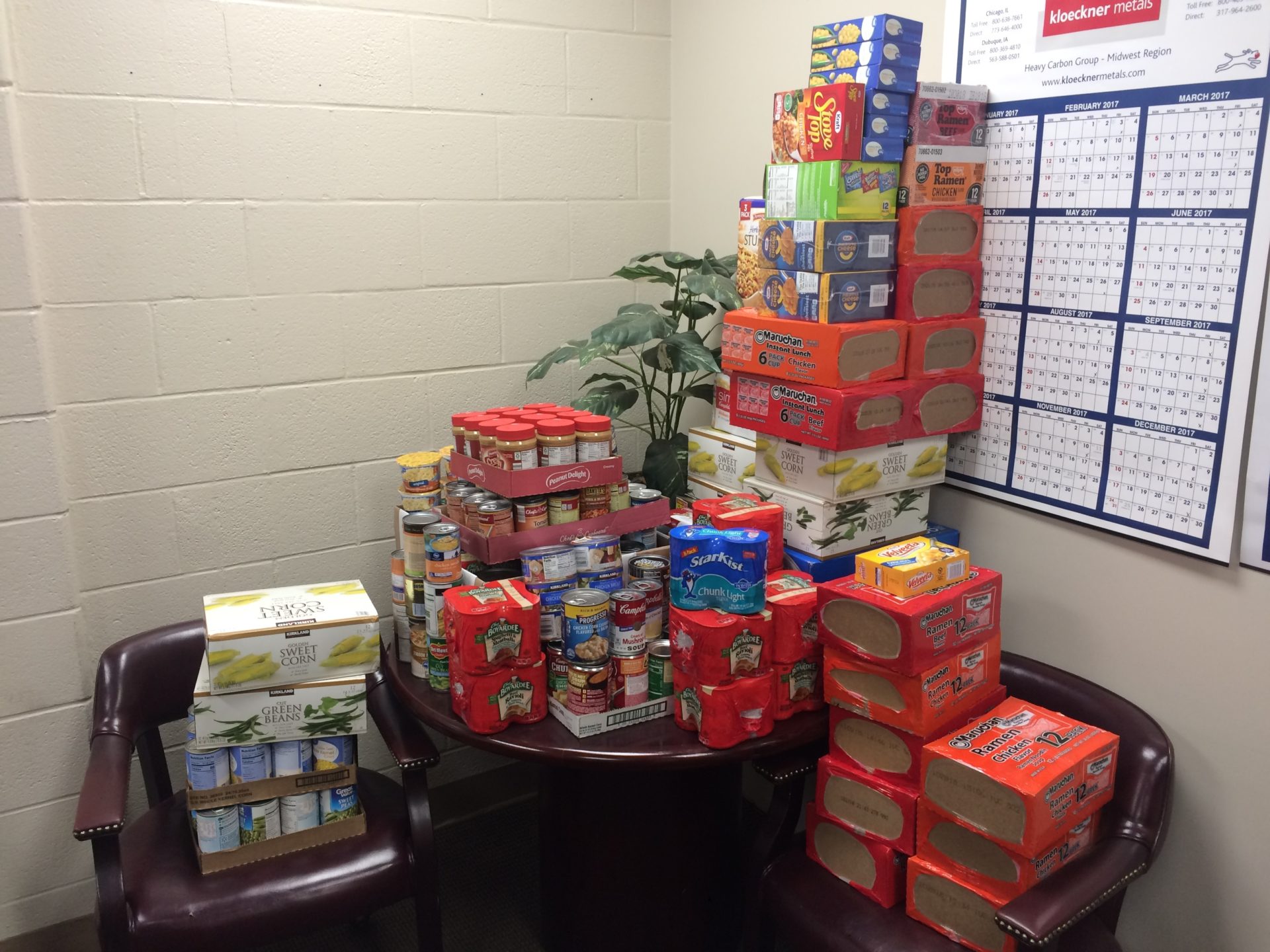 For the past few weeks, Office Manager Steve Blair at Kloeckner Indianapolis has been sharing his office with a growing pile of canned foods. As of Friday, November 17, the massive stack tallied 654 items. Then the food was collected by the local Gleaner’s Food Bank and taken to their pantries where it will help feed those in need.

“We had a goal of 200 cans, which would be a little more than two cans per person for our building,” Steve says.  “There has been a lot of participation with most of the employees bringing in a couple cans or a half a dozen cans, but there are some that have brought in larger donations. They’ve turned it into a little completion of who is going to outdo everyone else.”

The idea for the food drive came when Kloeckner’s marketing sent out an inquiry asking what the local branches were doing in terms of charitable events and community involvement. This got the folks at the Indianapolis branch thinking that they could be doing more in that area, and so they floated the idea for the food drive. Steve was asked to spearhead the event by General Manager Damian Kline, and he gladly accepted.

“We came up with an idea that it was something to do for the community and that’s what started it all,” Steve says. “We’ve got other events planned, too.”

These events include a drive to help a local children’s hospital this December, as well as participating in the United Way’s “Backpack Attack” this summer. That event involves donating back-to-school supplies for children in need. These charity events are all ways that the office can give back to the community and raise morale.

“We got a lot of emails back from people that were very pleased that we were doing something for the community,” Steve says. “The more positivity and the more fun we can have around here, the more output and the better our work is going to be.”

This time of year is particularly busy for food banks. In addition to the holidays, many seasonal employees are out of work during the winter months. Because of the cold and snow, a lot of outdoor jobs stop during the winter. The food raised during this drive will go a long way to help many people.

“The holiday of Thanksgiving means giving thanks for what you have,” Steve says. “It is a time to reflect on how thankful we are, how lucky and blessed we are, and a reminder that we can help other people who are less fortunate than us and that are in need.” 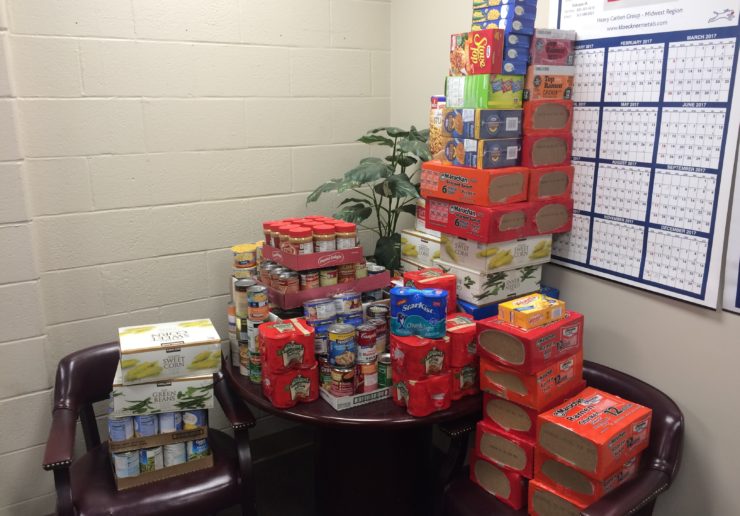 We are pleased to share our steel and aluminum metals...

This round of Ask Me Anything took us to Kloeckner...

The desert is full of unique sights, happenings, and history!...