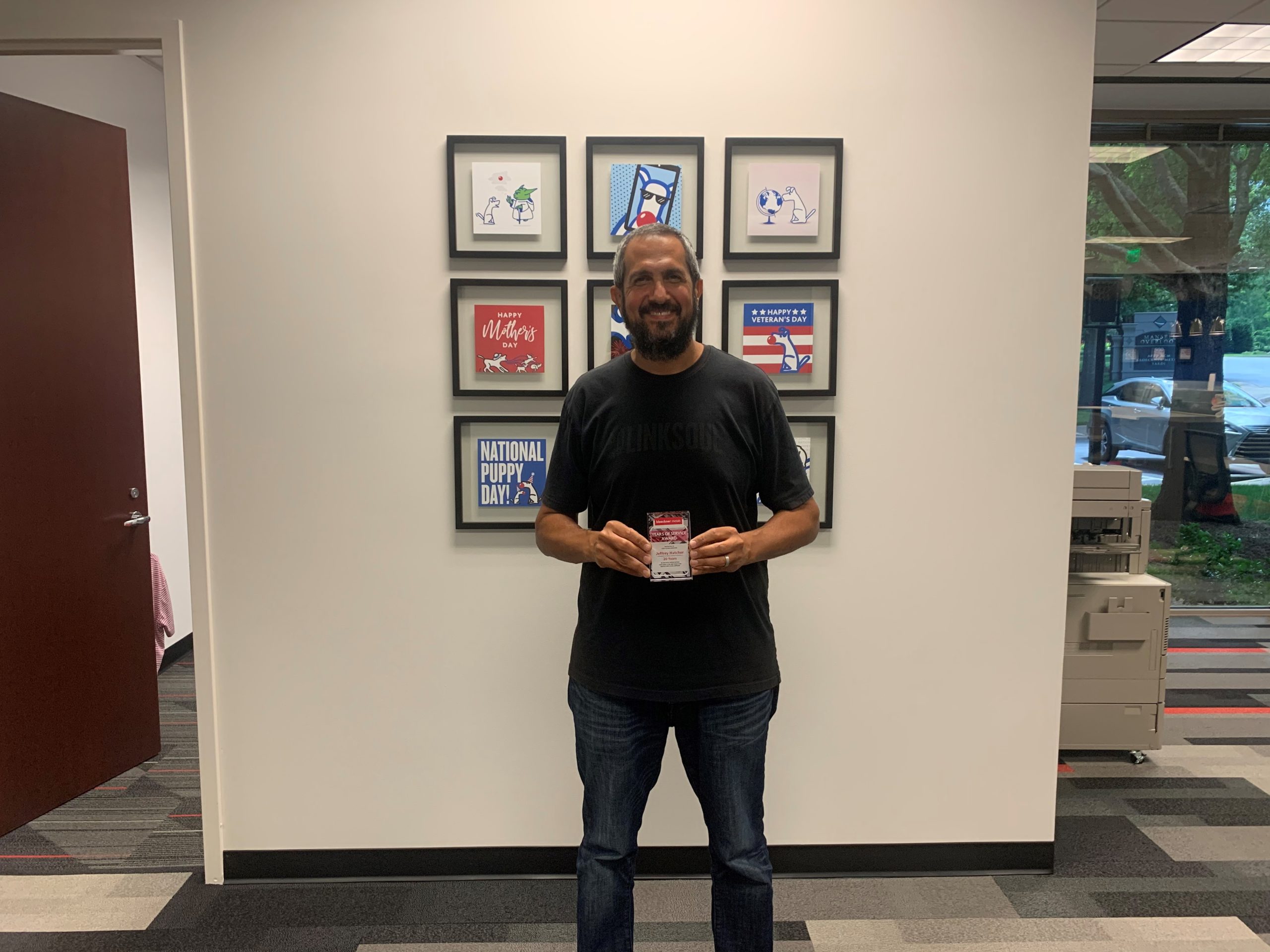 We’re always happy to celebrate long-time Kloeckner employees like Corporate Pricing Manager Jeff Hatcher, who this year commemorates 20 years with us. Jeff started out at Namasco, what would later become Kloeckner when it merged with Macsteel Service Centers USA in 2011, and has held a series of positions including Inside Sales Assistant, Sales Manager, and Regional Manager. After 20 years with Kloeckner, Jeff has a nuanced take on how his own career has evolved alongside Kloeckner’s development as an advanced digital steel service center. 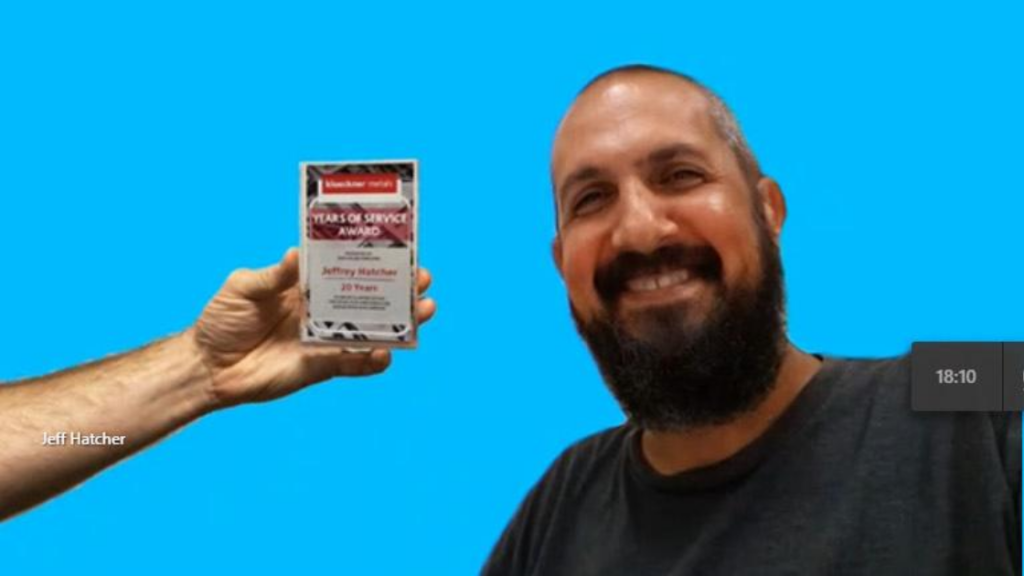 How Did You Find Yourself at Kloeckner?

“I went to the University of South Florida in Tampa. I started in engineering and didn’t like it, moved to pre-pharmacy but decided that I didn’t want to go to school that long, and then got into criminology. I thought it would be interesting and had planned on using it to pursue a role with the FBI, DEA, ATF, or US Marshals. Problem was that you needed to be 23 to apply for these jobs and I was only 22 at the time. So, in the meantime, I joined Namasco, one of the companies that later combined with Temtco and Primary to become Kloeckner Metals.”

“My dad had been in the business for a long time, first in the shipbuilding industry and then at various metal service centers in sales, purchasing, and processing roles. He was the Processing Manager for Namasco in Tampa and suggested that I apply so that I could learn how to read drawings, program and nest parts, do layouts, etc. The opportunity sounded interesting enough and would give me a chance to work with my dad and help him out. When I joined Namasco, I definitely wasn’t intending to stay.”

What Changed Your Mind?

“I was only planning to stay at Namasco for the handful of months it took me to turn 23 and land a job at one of the government agencies I was interested in. Shortly after I started, I was asked to help in sales, which I wasn’t very excited about. While I was in school, I worked at an investment firm as a trading and marketing assistant. My introduction to sales was watching the brokers plod through huge books of names, making outcall after outcall, trying to validate leads, and hoping that a few would pan out. It was a painful process to watch and way too formal for my liking. It was not a career I could picture myself in.

“I soon found that my experience doing sales at Namasco was very different. The steel industry is very tight-knit and heavily based on relationships. I enjoyed the informality of it and the connections made with our customers. At the same time, I realized that doing government work could mean moving around quite a bit, making it hard to stay in touch with friends and family. After trying it out at Namasco, I decided to stick around.”

How Did Your Role Evolve?

“The first few months, I basically helped take off drawings and learned how to program parts. My dad was a firm believer that to price out processing you had to understand it, which meant knowing how long it takes to do a job from start to finish, all of the variables and nuances, what the operators have to go through. So, I spent a fair amount of time in the shop laying out parts and watching the operators load and run the machines, clean and package the parts, and so on.

“Then, I started helping as a sales backup, learning more about our customers, the industries we served, and the products we sold. About a year in, I became an Account Manager with my own account base and territory. I did that for 5-6 years before moving to Georgia to become the Sales Manager at the Suwanee office. After a couple of years, I left Namasco to move back to Florida and pursue other interests, but returned to Namasco Suwanee two years later to resume my role as Sales Manager. One year later, I became General Manager of Suwanee, which I did for 10 years, followed by a year as the Regional Manager of both Birmingham and Suwanee. Finally, in 2019, I became Kloeckner’s Corporate Pricing Manager, where I am today.”

How Has Kloeckner Changed?

“Obviously, Kloeckner is much bigger now. When we were Namasco, there were maybe 13 branches. Now, there’s 40+. We’re a larger organization with more leverage and a greater impact on the market. But, I think that we’ve retained some of the agility of the smaller company I started with. We’ve remained forward-thinking and still work hand-in-hand with each other and with our customers like we did when we were little Namasco.”

How Has Kloeckner Innovated In The Meantime?

“When I started out in this business, most inquiries were via phone. I took an inquiry and priced the product while I was on a call, which had a lot of advantages, but it’s a much different business now. It’s still a people business, but much of what we do is digital. You’re often one of several recipients of a customer’s inquiry, so it’s much more difficult now to stand out in the crowd.

“I believed in the power of Kloeckner digitizing before I became a Corporate Pricing Manager. Our value isn’t measured in our data entry skills or our ability to come up with the perfect one-off price. Our value is our ability to separate ourselves from our competition through the strong relationships we form with our customers and vendors, the service and value we offer them, our response time to their needs, and the market intelligence and feedback we gather and leverage to close deals and improve the business.

“Now, we have Part Manager, Direct, Kloeckner Assistant, EDI, and Price Affinity… all of which help us do the other things faster so that we can focus on our customers and growing the business. It gives us back time. I can’t tell you how many times in the past that a salesperson couldn’t follow up on a quote right away because there was a stack of quotes and orders that still needed to be entered. There just wasn’t ever enough time in the day. Hopefully, the tools we’ve built will give people back the time they need to do what they do best.” 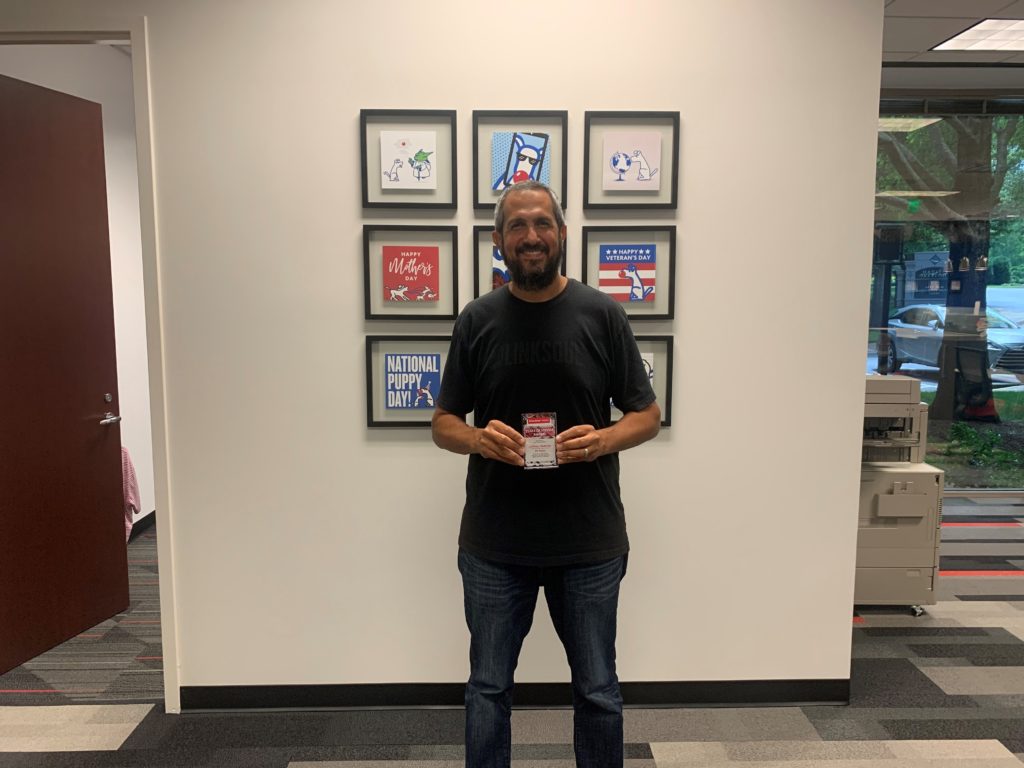 What’s Kept You Around?

“The best part of the job has always been the people. The employees that I have worked side-by-side with, the customers we have been fortunate enough to serve, and the vendors that have helped make much of that possible.”

What is Your Management Philosophy?

“I’ve always felt that you become a leader well before you get the title. I’ve always been given the opportunity to speak my mind and offer feedback. That’s not to say that I was always right, but it was important to me that Kloeckner and those that I worked for valued my opinion. I enjoy encouraging others to do the same, making sure that they know their opinions and feedback are valued. Too often, people manage without input, and that wasn’t the way I was taught or the way that I managed. This company is at its best when we’re all part of the solution, not just the managers.”

What Are You Most Looking Forward To?

“Obviously, the digital effort, but I’m always excited about new machinery and new products. I’m still a commercial guy after all. I was a branch guy for almost 20 years and still consider myself a branch guy, so I love when we figure out ways to differentiate ourselves in a commoditized market. We also have a management team that’s very forward-thinking and I know the future will be exciting for KMC.”

Natalie Spira is Kloeckner's Acquisition Marketing Manager. Previously, she was the Founder and CEO of Fraction Marketing, a marketing agency providing fractional support to scaling startups with a focus on acquisition marketing and demand generation. Natalie holds a MBA from Tel Aviv University with concentrations in entrepreneurship and marketing and a BA in English from UCLA. 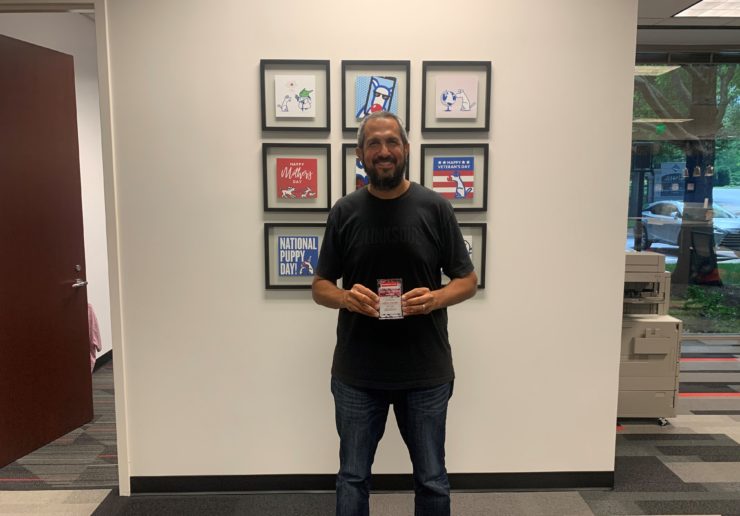