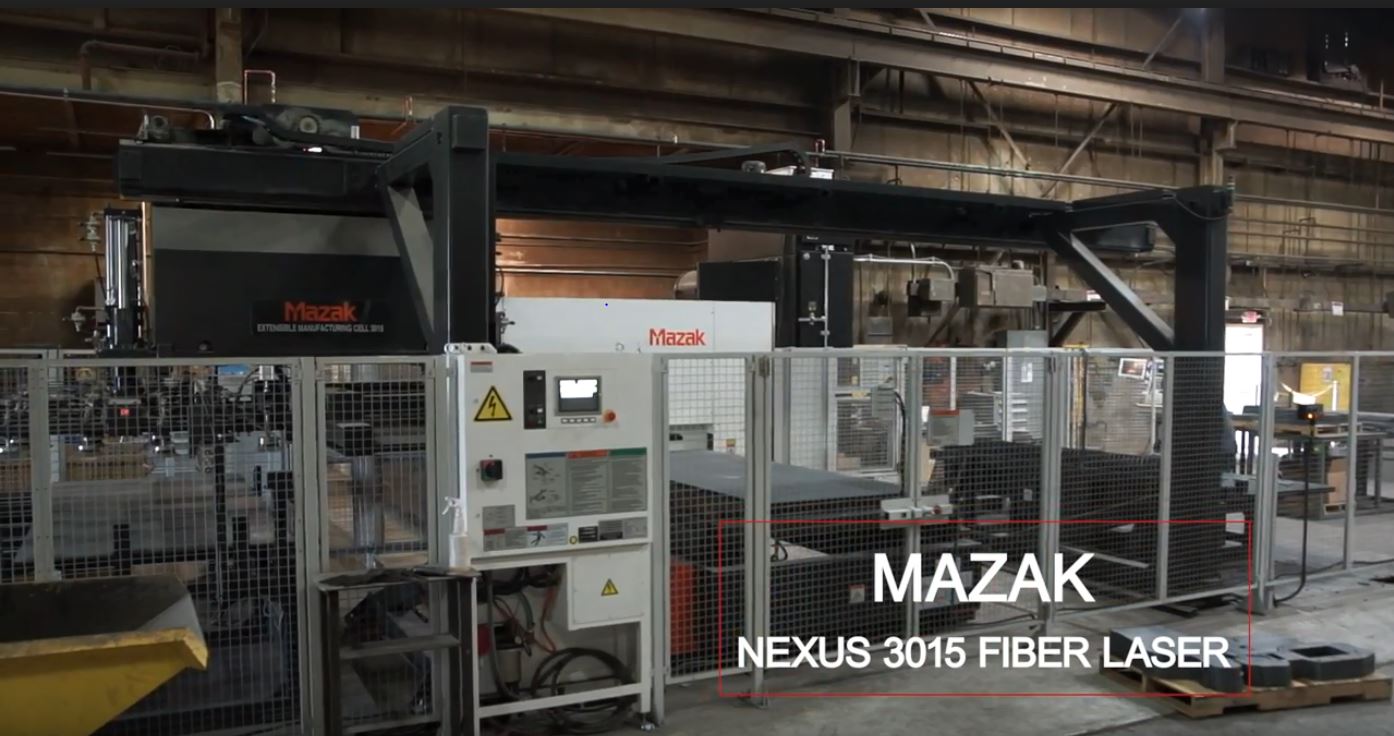 The Mazak Nexus 3015 Fiber Laser is a 60 x 120 shuttle table with a load-unload automation. This laser cuts and pierces fast and it has an increased thickness capacity as far as cutting. Watch the video below to learn more about it:

Kloeckner Metals is one of the largest metal distributors in the world. We’re very large in the United States. We have locations to service everything from long products, flat roll products, aluminum, and stainless.

The machine is a Mazak Nexus four kilowatt fiber laser with a 60 by 120 shuttle table and a load unload automation. The machine was installed in November of 2017 and we had it fully operational in December of 2017. It can cut up to one inch carbon steel, and it can cut up to one in stainless. It has a plate loader, parts unloader, and then it has a line controller, which allows you to process some lights out cutting. The tolerances that we cut to here are generally plus or minus ten thousandths.

We replaced two older lasers that were roughly 15 years old. They were both CO2 machines. They didn’t have the same cutting capability as far as thickness, and they were much slower. So this machine cuts much faster. It pierces faster. It has a better overall edge quality, and it has an increased thickness capacity as far as cutting.

This laser benefits our customers because it processes parts very efficiently. So just the overall cutting on this machine versus the machines we replaced, the edge quality is better. The thickness capability is better. The piercing is faster. The other advantages of just laser cut parts in general, they’re a tighter tolerance. So when you’re forming them, or you’re putting them into a weldment or some sort of assembly, the parts are just a higher quality so they’re going to fit together better.

When we were investigating what laser we wanted to go with, we looked at a couple different manufacturers. When we looked at the features that this laser offered and the price point, it just seemed to be the best overall value. 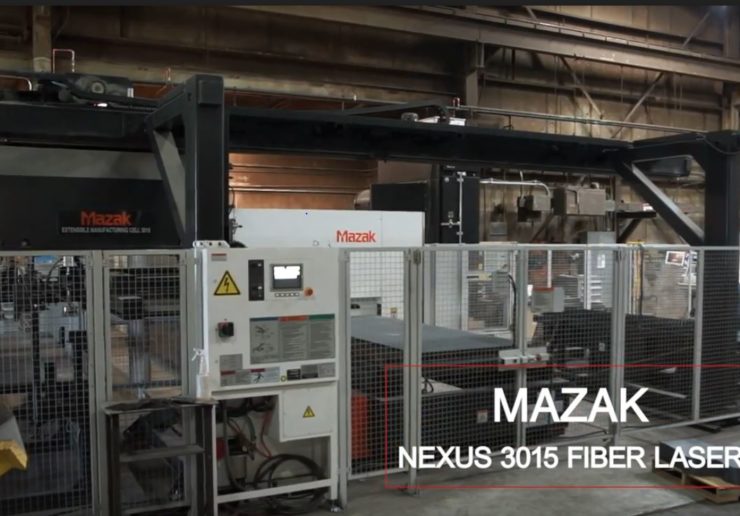